How Far Left Has America Moved? 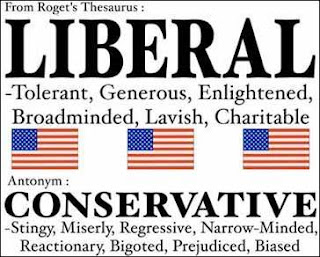 While the Republican Party has veered to the far right over the last two decades or more - pushed mostly by the Christofascists who want a form of Christian Sharia law imposed on the nation, and by the white supremacists who want to deport Hispanics and restore the Jim Crow laws - there is an argument to be made that the nation is actually moving to the left, at least outside of Fox News viewers who live in their own fantasy world.  The number of those professing no religious affiliation has soared, locally, once conservative country clubs and yacht clubs are accepting same sex couples as members, and many want the government to do more to rein in the vulture capitalism so loved by right wing Republicans.  An op-ed in the New York Times by a former Mitt Romney strategist suggests that the country is moving to the left.  Here are highlights:

FROM the earliest days of Barack Obama’s presidency, a comforting assumption developed among much of the center-right political world. The thinking went like this: President Obama was far more liberal than the majority of the country. But given his extraordinary political talents, the fatigue of the George W. Bush years, the economic crisis and the excitement of electing the first African-American president, the country picked him not because of his ideology but in spite of it.

Once this unique political figure was no longer on the ballot, America would revert to the less liberal, more center-right direction that was the norm after World War II. Under this scenario, President Obama wasn’t some profound historical shift but more of an eccentric diversion.

Now it’s February 2016 and an obscure socialist — O.K., a Democratic Socialist — from a tiny state just beat one of the most powerful forces in the Democratic Party in the New Hampshire primary. On the Republican side, a man whom National Review, the conservative movement’s flagship publication, has vigorously denounced, also won New Hampshire in a rout.

Though only 16 years separated the election of Bill Clinton and that of President Obama, the two politicians seemed to represent the same party in name only. The 1992 campaign was dedicated to defining “a different kind of Democrat.” That was basically a nicely packaged phrase to stress that Bill Clinton and Al Gore were not crazy — or weak — liberals like the party’s recent lineup of losers.


By 2008 a different set of issues emerged, addressed with a new vocabulary. Mr. Obama made the case that he and the Democratic Party were best able to deal with the crushing pain of disappearing jobs and escalating inequality. The urgent need to prevent any more terrorist attacks had morphed to an urgent longing to end the wars in Afghanistan and Iraq. Liberals now called themselves progressives and embraced the label.

The Barack Obama legacy debate is just beginning. One point up for discussion: whether the president pushed the country left, or whether he was just in step with how people felt. He passed the Affordable Care Act, announced support for same-sex marriage, and has argued passionately (if unsuccessfully) for more gun control.

For Republicans, this mostly proves that the president is out of sync with the majority of the country, though on same-sex marriage, the country has clearly changed.  . . . . But so far into the 2016 election, conservatives are on the run. Democrats are battling over who can really move the country left. And the leading Republican candidate is a man who has previously praised Canada’s single-payer health care system and described himself as “very pro-choice.”

This starts to paint a very different picture of the direction of the country. Instead of President Obama representing a quirky left shift engendered by his charisma, Iraq and the Great Recession, what if he turned out to have been a transitional figure to a considerably more leftward tilt? What if in 10 or 20 years we look back on the Obama years and they seem as conservative as the 1992 “Different Kind of Democrat” years do now?

It’s happening elsewhere. Canada has turned left, and a socialist, a long way from the days of Tony Blair, leads Britain’s Labour Party. In this global economy that everyone talks about but no one seems able to define, maybe larger forces are nudging the United States left. Unemployment is low and yet only 23 percent of the country believes we are headed in the right direction. Something clearly is wrong.

Perhaps the reality of the new American economy is becoming too exhausting.

“Keep your government hands off my Medicare,” opponents of the president’s health care bill once demanded. Like that confused, plaintive cry, will this be the election cycle when voters in both parties accept that they want a growing benevolent government, as long as they don’t have to admit they need it?

The Republican Party still believes it is 1980.  However, the world and society have changed radically.  Just maybe the larger public is waking up to the fact that what the GOP is selling just doesn't work anymore and that progressive - or, gasp, liberal - policies are what are needed to face the changed circumstances.
Posted by Michael-in-Norfolk at Friday, February 12, 2016