Why Are the Deeply Religious So Obsessed with Sex? 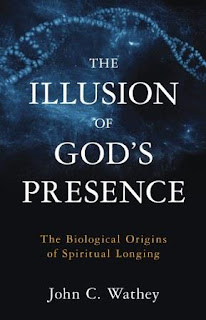 One thing that binds right wing evangelical Protestants and right wing Roman Catholics is their obsession with all things sexual - especially sex that involves pleasure.  A piece in Salon has excerpts
from the book "The Illusion of God's Presence" that looks at looks at religion's obsession with sex.


One of the book's conclusions is that  the deeply religious suffer from what might be called stunted emotional development - infantile emotions, if you will.  This explains not only their obsession with sex which on the one hand they view as vile and dirty even as they desperately want to indulge in it, but also their fear of thinking for themselves and a desire to be able to "check off the boxes" to prove their future in Heaven.  The end result is a schizophrenic approach to sex where while condemning sex and matters sexual, both the Catholic clergy and conservative Protestant clergy engage in much higher than average levels of sexual abuse and infidelity.  Here are highlights:

Why does the creator of this infinitely vast universe care so much about what we do with our sexual organs as adults? Why is lust considered sinful? Why was Jesus born of a virgin, and, according to Catholics, his mother also? Why did the early Shakers not only practice celibacy, but also dance naked? Why do religious fundamentalists oppose not only abortion, but also the most effective means of pre­venting it, contraception? Why do televangelists rant about the evils of adultery, pornography, masturbation, fornication, and homosexuality, only to be caught with their pants down doing exactly those things? Why is religion so obsessed with sex?

As the core of a believer’s religious love of God, the innate model colors religious experience with infantile emotions. The more intensely pious the believer becomes, however, the greater the risk that these emotions will spill over into other parts of the evolutionary hack. The sparks really fly when the infantile emotions of religious fervor breach the levee and pour into sexual territory.

Perhaps this is to be expected, considering that novitiates are told that their celibate life to come is the price paid for the privilege of being wedded to Christ. But celibate nuns are not the only ones whose image of God is painted in sexual hues. . . .

The big problem here is that, despite this intrusion of the sexual, religious emotion remains primarily infantile, with God normally in the role of a greatly exalted parent. Sexual feelings for this parental figure therefore activate the incest-avoidance system, an innate mechanism that generates feelings of disgust and revulsion at the prospect of sex with close kin. . . .  The predictable result of this conflict is an obsession with controlling or prohib­iting sexual behavior, coupled with an almost irresistible drive to violate those prohibitions. How these people deal with this conflict—as individuals and as religious institutions—determines the variously entertaining or tragic manifestations of sexual obsession in religion.

If these ideas are right, then we should expect sexual misbehavior among the clergy to be significantly greater than in comparable secular professions, and several studies bear this out. Two surveys of predominantly male American Protestant ministers found that more than 12 percent of respondents admitted to having sexual intercourse with a member of their congregation other than their spouse. This is roughly double the incidence of sexual intercourse with clients committed by male clinical psychologists and physicians. The studies also hint at a more general problem of sexual conflict, guilt, and obsession. One of them found that 37 percent of Protestant ministers admit to the vague sin of “sexual behavior inappropriate for a minister.” Responses to other questions in the study suggest that at least some of these transgressions involve sexual fantasy, viewing pornography, and masturbating in private—acts of negligible consequence or moral weight in the broader society.

The pastors, however, see it differently. Their religiously warped view of human sexuality is especially evident in “The War Within,” an account of one Protestant pastor’s tormented struggle with lust, published anonymously in a journal for Protestant clergy. Although he was married and regularly had sex with his wife, the author tells a sad tale of his obsession with various aspects of sexuality off-limits to good Christians. . . . He mentions only in passing a “repressed childhood” that may have contributed to his obsession with lust, but beyond that glimmer of insight he appears utterly blinded by his religious worldview to the essence of his problem: lust is healthy and normal, but a religious obsession with it is not. “

The most obvious culprit here is the Catholic obsession with the sinfulness of sex for pleasure, especially homosexual sex, along with a peculiar sexual proscrip­tion for clergy: celibacy. Intentionally or not, the celibate priesthood specifically attracts applicants who are at best confused or conflicted about their sexuality, and at worst deliberately seek positions conducive to sexual exploitation of the vulnerable. . . . . Aside from being an ineffec­tive sham, the doctrine of celibacy for the priesthood apparently attracts young Catholic homosexual men, either as a means of suppressing a sexual orientation they perceive as evil, or—in certain Catholic subcultures—as a safe venue for hooking up with other gays.

That struggle takes a darker turn among Catholic clergy, who are disproportionately likely to sexually abuse vulnerable children and adolescents. Catholic apol­ogists deny this, often citing a study that found that only 4 percent of Catholic priests sexually abuse minors. They argue that this is the same as in the general male population, implicitly suggesting that there is no special relationship between Catholicism and the sexual abuse of children. There are, however, several problems with this rationalization. One is that other studies find higher rates of child sexual abuse in the Catholic clergy, over 5 percent, and even that is likely to be an underes­timate given the reluctance of victims to come forward and the intense effort by the Catholic hierarchy to protect offending priests and cover up the scandal. Another problem is the specious comparison to the general male population. The Catholic Church claims to be a high moral authority—God’s representative on Earth—and its clergy are supposedly transformed by God into a special state of sanctity. If this were true, we should expect exemplary behavior from Catholic priests, especially with respect to the sexual abuse of innocent children, one of the most odious crimes imaginable.

If the Catholic Church really were what it claims to be, the incidence of child sexual abuse by priests should be zero.

These insights suggest some obvious fixes for the problem of child sexual abuse by Catholic clergy:
·        drop the requirement of celibacy;
·        allow women into the priesthood;
·        eliminate the ritual of confession for children and adolescents;
·        accept homosexuality as a natural dimension of human sexuality.

Thus, the ultimate irony is that those who are the most screwed up emotionally and in terms of normal sexual/psychological want to be the ones to advise and control others in all things sexual.  It's like putting the patients in control of the insane asylum.

Posted by Michael-in-Norfolk at Sunday, February 07, 2016