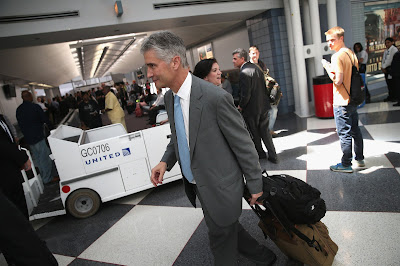 During the early stages of the saga of my Norfolk friends who had their luggage sabotaged by United/Continental Airlines personnel, I had occasion to write a letter to Jeff Smisek, the CEO of United/Continental Airlines.  To say that the response I received from Mr. Smisek's minions was haughty and, in my opinion, full of BS, would be an understatement.  Well, Karma can really be a bitch.  Today, Smisek resigned in the fallout from a corruption investigation surrounding the New York Port Authority Chris Christie BridgeGate scandal.  The New York Times looks at Smisek's resignation and the growing corruption scandal.  Here are excepts:

United Airlines said on Tuesday that its chief executive, Jeff Smisek, and two other senior officials had stepped down amid a federal corruption investigation.

The airline is under investigation by the United States attorney in New Jersey over whether it had improperly sought to influence senior officials at the Port Authority of New York and New Jersey.

In February, federal prosecutors issued subpoenas focused on whether the former chairman of the Port Authority, David Samson, had pushed United to reinstate flights that he used to travel to and from his weekend home in South Carolina.

Ms. Foxhall and Mr. Anderson were among the United officials whose communications with the Port Authority had been subpoenaed.

The resignations also complicate the fortunes of Mr. Christie as he tries to resurrect his once-promising presidential bid, by underscoring the accusations of cronyism that have dogged his administration since the bridge scandal broke in early 2014. The governor has distanced himself from other figures implicated in the scandal, saying that they deceived him. But Mr. Samson, despite his resignation, has remained one of the governor’s closest advisers. 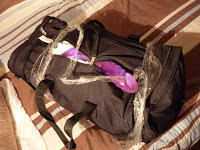