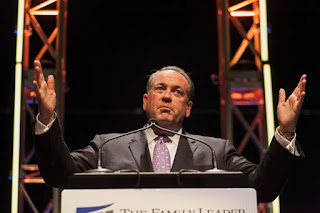 Conservative columnist Michael Gerson has gone off the GOP reservation again in a column in the Washington Post that condemns the GOP's growing anti-Islam fanaticism which ultimately plays into the hands of Islamic terrorists.  GOP candidates engaged in anti-Muslim demagoguery may win points with the increasing racist and religiously extreme party base - many of who seem to want to bring back the Crusades - but they are providing great video clips for terrorist to use in propaganda campaigns.  Sadly, the days of the GOP being a responsible political party are gone and  Gerson needs to understand that rational thought and arguments and the Republican Party are now generally mutually exclusive.  Hate, bigotry, homophobia, racism - these are now the GOP norm and the party's candidates only inflame the insanity and extremism of the party base.  In the long run, it harms America's long term interests.  Here are column highlights:

During the speech [to a joint session of Congress on September 20, 2001], Bush explained, “The terrorists practice a fringe form of Islamic extremism that has been rejected by Muslim scholars and the vast majority of Muslim clerics — a fringe movement that perverts the peaceful teachings of Islam.”

This claim — that radical Islam is a violation rather than an expression of Islam — is controversial among many conservatives today. Bush’s formulation of this argument might well be disqualifying in the current GOP presidential nomination process. This change in language and attitude toward Islam represents the largest shift in Republican views of the war on terrorism since 2001.

During the last two presidential nomination cycles, Republican candidates, at various points, have proposed requiring a loyalty oath for Muslims to serve in government; ruled out Muslims serving in their Cabinet; called sharia law “a mortal threat to the survival of freedom in the United States”; raised alarms about the “creeping attempt” to “ease [sharia] law and the Muslim faith into our government”; warned of “no go” zones where sharia law rules; described Muslim immigration as “colonization” and warned that immigrants “want to come and conquer us”; said there were only a “handful” of “reasonable, moderate followers of Islam”; described Islam as “a religion that promotes the most murderous mayhem on the planet.”

All this is combined with a durable conviction among some Republicans that President Obama offers Muslims special favor and may be a Muslim himself. As well as an almost magical belief that saying the words “radical Islamic terrorism” — like reciting an incantation — is a victory in the war against terrorism.

These beliefs have become pronounced during the Republican Party’s current populist turn, in which the blaming of outsiders is a sure applause line (and, in some campaigns, a substitute for ideas and policy). The current rejection of “political correctness” . . . . has become a type of broad permission for the expression of properly repressed ethnic and religious resentments.

Bush did not make this point only because he was a decent human being . . . . Terrorists from the 9/11 hijackers to the Islamic State believe they will win if the world’s Muslims regard their conflict as Islam versus the West. Cultivating this belief is the main objective of their sophisticated propaganda.

Bush believed that we will win if the world regards this conflict as civilized humanity versus murderers who use religion as an excuse for hatred, tyranny and the will to power.

Perhaps seven years without presidential authority has left Republicans unfamiliar with presidential responsibilities. But this contest of narratives remains the most important ideological struggle of our time. And Republicans should engage that debate, not complicate it.