The Arab Gulf States - Missing in Action in the Refugee Crisis 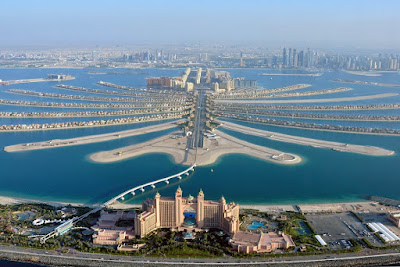 While Saudi Arabia, not Iran, is the number one financier of Islamic terrorism and foments unrest as it pushes its extremist version of Islam, it has been missing in action when it comes to aiding the refugees fleeing chaos it has had a hand in creating.  The same goes for other wealthy Gulf States.  In relative terms they have done nothing, leaving European nations and poor Muslim states to do the heavy lifting.  A piece in The Atlantic looks at the abject failure of these nations, most of which are in theory allies to America even as in many ways they support our enemies.  Here are excerpts:

[F]ew in the media or diplomatic circles have asked the more important question: Where have the rich Arab countries been over the last few years, as the Syrian civil war has raged and millions of refugees have fled to neighboring countries? The only Arab countries to have accepted Syrian refugees are Jordan and Lebanon, two weak economies with very limited means. To be sure, rich Arab countries have sent some aid to refugees in Turkey, Jordan, and Lebanon, but no major plan has even been offered that would appear to be aimed at making a serious difference.

Consider the financial means at the disposal of five energy-rich Arab countries: Saudi Arabia, Kuwait, the United Arab Emirates, Qatar, and Bahrain. Their combined GDP is about $2 trillion a year, and their combined population is under 55 million people. That translates into a per capita annual income in the poorest member of this group, Bahrain, of more than $21,000 and a per capita gross national income in the richest, Qatar, of $90,000.

But, arguably, expectations ought to have been low to begin with. For a Syrian, Iraqi, Lebanese, or citizen of any other average Arab country, it is next to impossible to get even a temporary visa from some of these rich Arab countries, the same or worse for a work permit. Still, many people are prepared to criticize Western countries for not readily offering safe haven to Middle Eastern refugees.

While many NGOs and large numbers of Westerners have urged their governments to act to help or accept the refugees, public responses have been more muted among rich Arab states. There have been no reported demonstrations to pressure those governments to accept refugees or find other, fundamental solutions.

They have also appeared concerned about possible political instability if Arabs from other countries arrive and swamp their relatively small populations. While Indian or Pakistani guest workers will always remain foreigners because of their linguistic differences with Arabs, Arab migrants speak the same language and can communicate and influence local populations, especially in volatile societies like Saudi Arabia.

Even recognizing all these concerns, though, it remains puzzling why five countries with a combined national income of $2 trillion have not offered credible assistance to solve the current refugee crisis. After all, they have all more or less been involved—directly or indirectly—in the Syrian civil war by virtue of having either encouraged or armed various groups.

Western nations need to accelerate the use of alternate fuels so that in time - the sooner the better - these nations that are as hypocritical as American Christofascists can slide back into backwaters with little economic power over the rest of us.
Posted by Michael-in-Norfolk at Wednesday, September 09, 2015