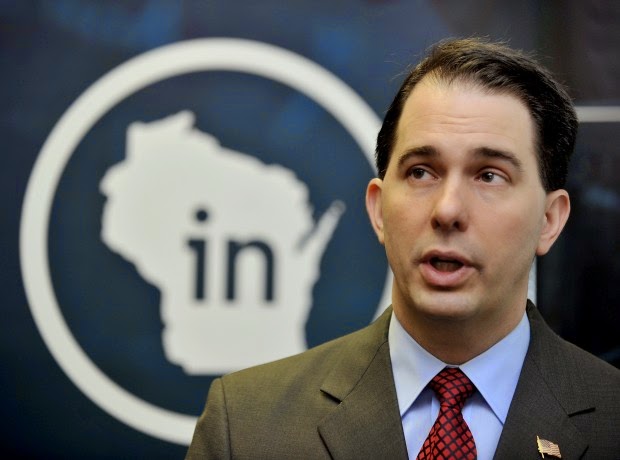 There was a time not too long ago when Bob McDonnell of Virginia, Chris Christie of New Jersey and Scott Walker of Wisconsin were all touted as the up and coming, potential presidential candidates for the Republican Party.  Now, McDonnell is under federal indictment and an upcoming trial, Chris Christie is under investigation for "Bridge Gate" and Walker is now perhaps facing a criminal investigation as well.  One thing that all three of these men have in common is insufferable arrogance and an apparent view that they are above the law and how they hold average Americans in contempt.  The New York Times looks at Walker's situation in a main page editorial.  Here are excerpts:

Supreme Court Justice Anthony Kennedy promised in 2010 that there was nothing to fear from independent spending groups that raised unlimited dollars. Because they could not coordinate with political candidates, he wrote in the Citizens United decision, they “do not give rise to corruption or the appearance of corruption.”

In the years since that disastrous opinion, politicians around the country have set out to prove Justice Kennedy wrong by stealthily working with the “independent” groups that raise money on their behalf. The latest to get caught doing so is Gov. Scott Walker, Republican of Wisconsin. According to state prosecutors, he was at the helm of a broad and illegal fund-raising effort that involved coordinating with outside spending groups and even controlling them.

Email messages and other documents released on Thursday as part of a Wisconsin lawsuit show that Mr. Walker and his top aides raised money for the local chapter of Club for Growth, one of the outside groups helping Mr. Walker fend off a 2012 recall attempt at the polls. They then directed that millions of dollars raised by the Club for Growth be transferred to other groups that ran ads in support of Mr. Walker and of Republicans who were the subject of State Senate recall elections in 2011. The groups also ran absentee-ballot drives in some of the recalls.

On the national level, campaigns figure they can get away with it because the Federal Election Commission is largely toothless. That’s why it is important that prosecutors like the ones in Wisconsin aggressively pursue violations of similar state laws against coordination with outside groups. In the Walker case, a federal judge and a state judge have, disappointingly, already agreed with the governor’s argument that the “issue ads” were not political, but the United States Court of Appeals for the Seventh Circuit is reviewing the case and may let the prosecutors proceed with their investigation.

If the rules against coordination are lifted, wealthy donors will achieve their dream of donating unlimited millions directly to candidates. The Walker case shows how important it is for government at all levels — Congress, federal agencies and state officials — to put severe curbs on the ability of outside groups to meddle in politics with unlimited dollars.