Quote of the Day: Andrew Sullivan on the Insanity of the Neocons and GOP 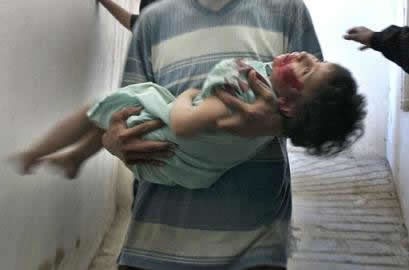 By any objective standard, the War in Iraq was an unmitigated disaster unless, of course, you were/are a Halliburton shareholder like Emperor Palpatine Cheney.  Hundreds of thousands of civilian dead, thousands of American service members dead and the U.S. budget blown through the unfunded war.  Moreover, the neocon fantasy that Iraq could become a stable democratic nation has proved to be just that: an utter fantasy.  Yet the neocons and many Republicans are rushing to blame the current fiasco on Barack Obama and utterly disregard the fact that the current Iraq disaster is the direct outcome of Bush/Cheney and GOP decision to lie to the American public and take America into war that lacked any valid justification.  Oh, and did I mention the fact that the geniuses in the Bush/Cheney regime totally ignored the sectarian powder keg that was going to be unleashed?  Andrew Sullivan takes to task the lunatics who got us into the Iraq War and who now want to repeat that disaster.  Here are the money quotes:

What do you do with near-clinical fanatics who, in their own minds, never make mistakes and whose worldview remains intact even after it has been empirically dismantled in front of their eyes? In real life, you try and get them to get professional help.

In the case of those who only recently sent thousands of American servicemembers to their deaths in a utopian scheme to foment a democracy in a sectarian dictatorship, we have to merely endure their gall in even appearing in front of the cameras. But the extent of their pathology is deeper than one might expect.

Most people are aware that relatively few of the architects of a war have fully acknowledged the extent of their error – let alone express remorse or even shame at the more than a hundred thousands civilian deaths their adventure incurred for a phony reason. No, all this time, they have been giving each other awards, lecturing congressmen and Senators, writing pieces in the Weekly Standard and the New Republic, being fellated by David Gregory, and sucking at the teet of the neocon welfare state, as if they had nothing to answer for, and nothing to explain.

it is shocking; it is, in fact, an outrage, a shameless, disgusting abdication of all responsibility for the past combined with a sickening argument to do exactly the same fricking thing all over again. And yes, I’m not imagining. This is what these true know-nothing/learn-nothing fanatics want the US to do.

Last time, you could ascribe it to fathomless ignorance. This time, they have no excuse. ISIS is not al Qaeda; it’s far worse in ways that even al Qaeda has noted undermine its cause rather than strengthen it. It may be strategically way over its head already. And the idea that the US has to fight both ISIS and Iran simultaneously is so unhinged and so self-evidently impossible to contain or control that only these feckless fools would even begin to suggest it. Having empowered Iran by dismantling Iraq, Kristol actually wants the US now to enter a live war against ISIS and the Quds forces. You begin to see how every military catastrophe can be used to justify the next catastrophe. It’s a perfect circle for the neocons’ goal of the unending war.

The sooner that these people are driven completely from the halls of power - or even near access to power - the better off the nation will be.  What I find equally upsetting is that the neocons care nothing about civilian deaths since, in their minds, non-white, non-Christians do not even count as humans.