Can McAullife Use a Republican Ploy to Expand Medicaid? 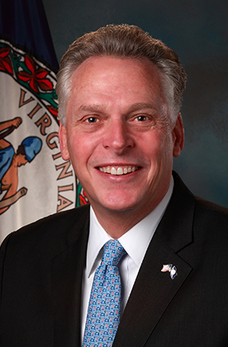 Time and time again Republicans have used so-called "public-private partnerships" to fund governmental programs.  Often the public gets screwed as it foots the bill while private interest get rich providing a needed governmental service.  The Elizabeth River tunnels deal expanding the Midtown Tunnel between Norfolk and Portsmouth is a prime example.  Now, it appears that Governor Terry McAuliffe could use a similar ploy to expand Medicaid except that federal funds rather than Virginia taxpayers would fund the expansion.  It would indeed be sweet to see a GOP formulated process used to beat them at their own game.  A column in the Richmond Times Dispatch lays out how it might work.  Here are excerpts:

Republican-written laws, in place since the early 1990s, allow the cash-flush private sector to do what the cash-strapped public sector can’t: supply services to Virginians. The examples, depending on your perspective, are notable or notorious: the increasingly pricey computer services deal with Northrop Grumman and the underused connector between Interstates 95 and 295, southeast of Richmond, that has skirted bankruptcy.

More recently, the Commonwealth Transportation Board, the governor-controlled panel that oversees roads and transit, set up a private corporation to supervise construction of the new U.S. 460. That project — initiated before the legislature endorsed McDonnell’s promise-breaking tax increase for transportation in 2013 — is supposed to be underwritten by Wall Street; specifically through higher-risk junk bonds. Bondholders would be paid back, with interest, with toll revenues.

The Department of Medical Assistance Services, the governor-controlled agency that administers Medicaid, a federally subsidized health care program for the poor, has the same authority as the state’s transportation bureaucracy to enlist private business to manage programs on the public’s behalf.

According to lawmakers in both parties and legislative experts, DMAS could team with health care providers and insurance companies to provide coverage for up to 400,000 uninsured Virginians. The cost would be covered by nearly $7 billion in Medicaid funds available to the state during McAuliffe’s four years as governor.

Through its private partners, DMAS might implement a permutation of Marketplace Virginia. It is private health insurance, underwritten with Medicaid dollars administered by the state, and was included in the Virginia Senate’s version of the two-year budget. That maneuver fueled the angry, five-month standoff with the House of Delegates over spending and health care.


McAuliffe could tear a page from the McDonnell playbook, enlisting private interests to execute a public program — and, in the process, generate profits for their investors. A tricky consideration is how these federal funds would be transferred to Virginia, absent the General Assembly carrying out its duty to approve spending. McAuliffe has plenty of friends in Washington. He might persuade the federal Medicaid agency to make the money available as a grant to the governor’s office. Then, McAuliffe could steer it to DMAS.

If this sounds like a lot of procedural Byzantium, it is. But it’s important procedural Byzantium, because it rests on the rules — constitutional and statutory — under which Virginia government works. The legislature and governor have distinct powers subject to interpretation by the judiciary. In this era of polarized politics, these powers take on greater significance as instruments of policy and as weapons for thwarting the will of others.

This is why lawyering, by the governor’s staff and the attorney general’s office, has accelerated in recent days. McAuliffe isn’t giving up on a solution for Medicaid expansion. It doesn’t have to be pretty. It just has to work.