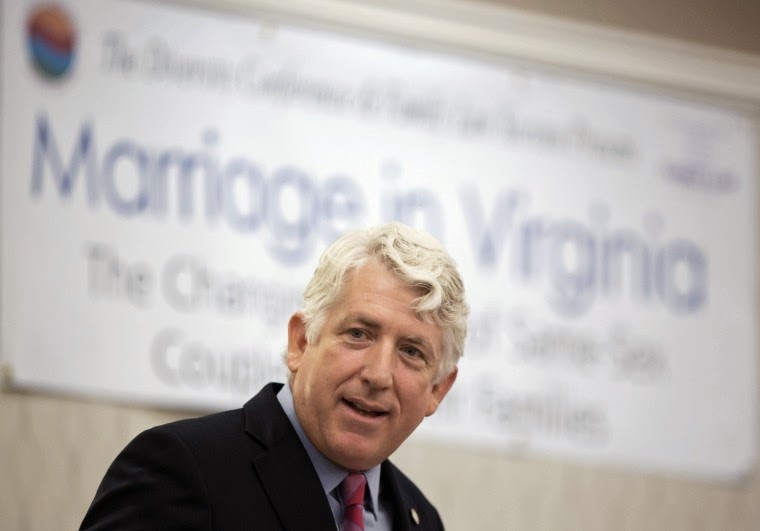 The Virginia State Bar is anything but what one would describe as gay friendly.  To date, its diversity initiatives have acted as if gays do not exist despite the efforts of many to open eyes and minds, Perhaps this will change as Kevin Martingayle takes the reins as State Bar president.  Kevin has a track record of being gay friendly and his sister-in-law is lesbian talk show host Doria Biddle.  Time will tell on this issue.  Meanwhile, at the Virginia State Bar annual meeting in Virginia Beach over the weekend, Attorney General Mark Herring addressed the gathering of attorneys and made the case as to why he was correct to reject his predecessor's anti-gay stance and instead shift to arguing that Virginia's same sex marriage ban is unconstitutional.  The Virginian Pilot reports on Herring's speech which received a standing ovation.  Here are excerpts:

Mark Herring evaluated his role as attorney general and did rigorous legal analysis before his decision not to defend the state’s same-sex marriage ban, he explained at the Virginia State Bar’s annual meeting Saturday.

Herring, a Democrat, announced in January his office would argue that the voter-approved ban was unconstitutional. The backlash was swift and severe.

Protesters marched outside the U.S. District Court in Norfolk in February during hearings on a lawsuit against the state’s 2006 constitutional amendment banning same-sex marriages. A Virginia delegate called for Herring’s impeachment in May.

The atmosphere inside the Sheraton Virginia Beach Oceanfront Hotel was much friendlier Saturday.

Though he took an oath to defend the Virginia Constitution as well as the nation’s, he realized they were not in accord on this issue.

“As we all learned in law school, when the two of those conflict, the U.S. Constitution prevails,” he said.

The state’s chief public lawyer also studied several landmark court cases before his decision, including one involving the Alien and Sedition Act. Thomas Jefferson did not continue to prosecute violators of that law once he was elected because he said it violated freedom of speech. The act was later overturned.

“In Virginia, when you can cite Thomas Jefferson, that always helps,” Herring said, eliciting a laugh from the audience.

Herring noted that while the power to go against the state constitution should be used sparingly, he thought what he did was right.

“I was determined to show that Virginia has moved forward,” he said, referring to times like the civil rights movement when the state was “on the wrong side of history.”

Herring’s speech ended with a standing ovation. He walked out of the room quietly, shaking a few hands along the way.

No doubt Herring's speech would elicit the gnashing of teeth and spittle flecked eruptions from the hate merchants at The Family Foundation which has making life a living hell for LGBT Virginia's a number one priority.  That and demanding special rights for Christofascists.

One of the proudest things that the husband and I have done was actively supporting Mark Herring's campaign, including hosting an event for him in our home.  This year, I suspect we will doing something similar for Senator Mark Warner.   Elections do matter and individuals can help make a difference. 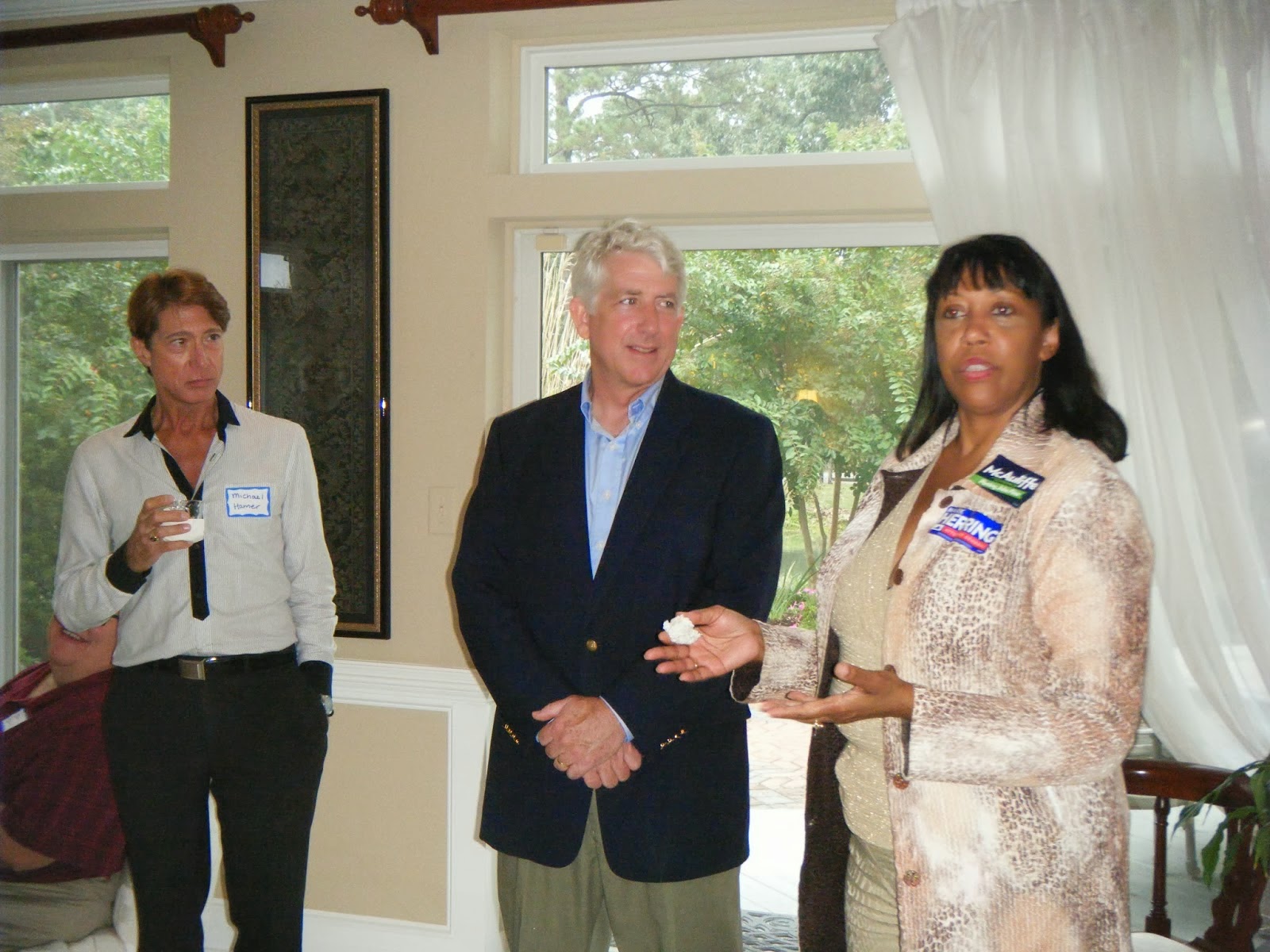