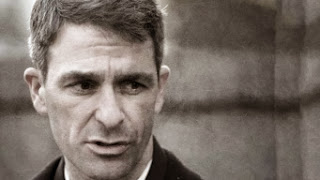 Meanwhile, the debate continues as to whether or not the drastic drop in the public view of the Republican brand is part of the reason that GOP gubernatorial candidate Ken Cuccinelli appears to be tanking in the polls.  Personally, I suspect that most of Cuccinelli's problems trace right back to Cuccinelli himself: his corruption - think money from Star Scientific and Consol Energy - and his scary religious extremism and extreme positions on social issues, including his anti-gay and anti-women jihads.  Jennifer Rubin is a conservative columnist who I generally dislike, but of late she seems to have been zeroing in on the systemic problem of today's GOP and the problems that Cuccinelli has created for himself through his slavish obedience to hate merchants at The Family Foundation and knuckle dragging climate change deniers.  Rubin has let loose on Cuccinelli in a blog post.  Here are excerpts:

Last night I received a recorded phone message from a group called the Tea Party Patriot Fund. In the guise of a poll, the ad for Republican gubernatorial nominee Ken Cuccinelli II asked if I supported the giant tax hike  by the “current governor” (alluding to the sales tax hike to pay for transportation) and whether I favored Medicaid expansion. The ad is noteworthy in several respects.

It was, like nearly all of Cuccinelli’s campaign (and this was a third-party ad, which cannot be coordinated with the candidate), entirely negative. The message is that Democrat Terry McAuliffe will raise taxes and expand Medicaid. Unfortunately for Cuccinelli, he’s managed to push down McAuliffe’s numbers but not raise his own, leaving McAuliffe the least-horrible choice for many voters.

In addition, this group doesn’t think that the transportation bill is popular. In fact, polling says it is, and, moreover, Cuccinelli hasn’t run on repealing it. (Had he done so, perhaps those fiscal conservatives wouldn’t be considering Sarvis). It’s part of the confusion about Cuccinelli — will he try to make the law work or seek to scuttle it?

And finally, telephone ad arguments against McAuliffe are weak. The House of Delegates is overwhelmingly Republican and the state Senate is evenly divided, neither of which is likely to change much in the November election. What are the chances the legislature will vote to raise taxes or to expand Medicaid? Not large. . . . .

One thing that would not have helped[Cuccinelli]  — although hard-line conservatives are brushing up this excuse — would have been to run harder on the social issues. He is already losing big in areas (Northern Virginia) and with groups (e.g. younger voters, women) who think he’s too extreme on social issues. Unlike Gov. Bob McDonnell (R), who didn’t run on social issues and was able to win Northern Virginia and the women’s vote, Cuccinelli has been unable to escape being tagged as an extremist on these issues. On TV in Northern Virginia, you get one anti-Cuccinelli ad after another, most emphasizing his stance on contraception, abortion, etc.

Sometimes the voters do stumble upon a truthful, general proposition, even if they don’t have all the particulars exactly right. Cuccinelli is a very aggressive, confrontational politician who deeply believes in his positions on social issues, which are generally to the right of most voters in the most-populous areas of the state. That’s a fundamental problem with his candidacy.
Some say he’s “old Virginia” (akin to rock-ribbed conservatives like former Gov. George Allen, who held office 20 years ago) in a “new Virginia” (more diverse, tolerant, moderate, more residents not born in-state). If he does lose (which seems likely), that will be as good an explanation as any.

I find it ironic that some in the GOP are trying to say Cuccinelli is another George Allen.  George Allen - who was a law school classmate of mine who I spent an enjoyable evening with at our 20th alumni reunion - had his issues.  But he was never, ever has been the insane extremist that defines Cuccinelli.  Cuccinelli owes his gubernatorial nomination to The Family Foundation - an extreme far right Christian organization that seeks a theocracy and forced conformity with Christofascists beliefs - and Cuccinelli is one of these true believers.  More and more Virginians seem to be figuring this out and find the prospect of a Governor Cuccinelli to be nothing less than frightening.