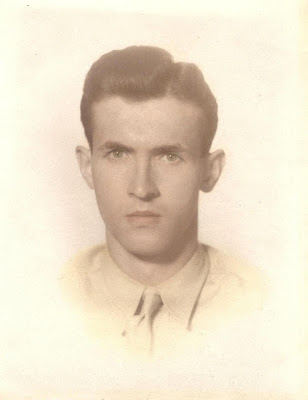 I lost my father on September 26, 2006, and rarely a day goes by that I don't think of him.  He was a tough taskmaster for his children and expected us to excel in school- which we all did - and taught us how to do all sorts of things from roofing barns and the summer home to doing concrete work and simple plumbing tasks.


Orphaned at age 3 and raised to age 16 in an orphanage that used the children do do all kinds of labor and tasks.   World War II started and he soon found himself in the Army Corps of Engineers as a First Lieutenant and crossed the English Channel the day after D-Day.  He was only 18 at the time (see image above).  He finished the War as Fire Marshall of Marseilles after seeing much of France and Paris during the last years of the War.  He used the GI bill to put himself through Syracuse University where he met my mother.  He went on to raise five children, put us all through school and remained there to support us as tough times and turbulence came along.  When I came out, he amazed many people by accepting me unquestioningly.  He wasn't an easy person to have as a dad at times, but especially in retrospect, his heart was always in the right place.  I miss him greatly and wish that he had lived long enough to meet my partner, Barry. 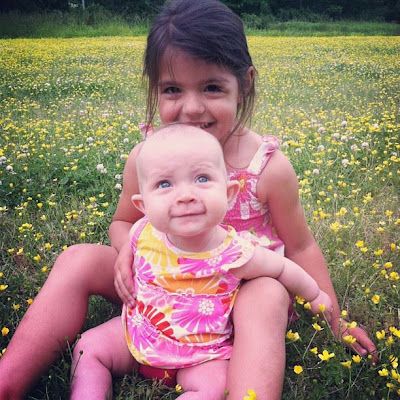 Today, I find myself the father of three and grandfather to one, with another grandchild due within the next two weeks or so.  Through my son-in-law, I also have a step-granddaughter (pictured holding my granddaughter).  We hear much from the Christofascists about gays being unfit parents and all sorts of horrible anti-gay propaganda.  Like most everything that comes from these hate-filled, unloving "godly Christians," none of it is true.  Like my dad, I may not have been the easiest dad to my kids, but I hope they know that my heart was always in the right place, even during the worse moments of my coming out transition and my very nasty divorce.

Yesterday we attended a cookout at the boyfriend's father's home that included my youngest daughter and her family and the pastor of my father-in-law's church.  My daughter and son-in-law gave us a wonderful card (it is addressed to both me and the boyfriend).  Here's a portion of the written note inside it:

"We don't know what we would have done/what we would do without you both.  We love you so much and Kyleah and Mia are so lucky to have you both in their lives."

We feel blessed to have them in our lives. These sweet girls will grow up knowing the truth about gays as opposed to the lies disseminated about us.

My message to readers who are struggling with coming out after marriage and children is to hang in there.  It does get better and time is on your side when it comes to your relationships with your children.  It's a message that my therapist tried to beat into my head and he was right.  Things may not move on the schedule we want - I am one for immediate gratification and low on patience - but despite the current darkness, a bright future is there ahead.  Live you life proudly and openly be true to who you are.  And always let your children know that you are there for them. Your children will eventually figure it out.

That was great.
Happy belated Father's day from france.
tim