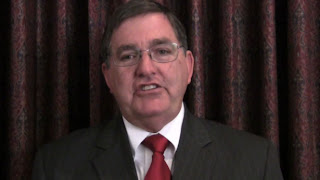 His comments came during a House Rules committee debate on the Pain-Capable Unborn Child Protection Act, which would ban abortions nationwide after 20 weeks of pregnancy.

The fact of the matter is, I argue with the chairman because I thought the date was far too late. We should be setting this at 15-weeks, 16-weeks.”

“Watch a sonogram of a 15-week baby, and they have movements that are purposeful,” he continued. “They stroke their face. If they’re a male baby, they may have their hand between their legs. If they feel pleasure, why is it so hard to think that they could feel pain?”

Burgess said the Supreme Court would be forced to reconsider its landmark 1973 Roe v. Wade ruling due to legal fights over anti-abortion legislation like the Pain-Capable Unborn Child Protection Act. He suggested the justices would be far less permissive of abortion thanks to modern sonogram technology.

For the record, I am not pro-abortion.  I do believe, however, that there need to be meaningful exceptions for rape, incest and to protect the life of the mother.  While the bill purports to contained exceptions for rape and incest and would permit abortion to save the life of the mother, critics said the exceptions were narrowly written and would prove problematic if implemented.  As always, it is amazing to see GOP white males passing legislation to govern the lives and bodies of women. And one has to wonder how the Catholic clergy will react to masturbation being a natural behavior - many must be having a severe case of the vapors.

I don't know of anybody who actually is PRO-abortion, at least not as a desirable means of birth control, and I think that it is sorely regrettable that for decades people who oppose a woman's right to choose have been allowed to describe themselves as being "pro-life," despite all evidence to the contrary.

Left out of your column is the pretty significant fact that this guy is one of a frightening number of Republican lawmakers intentionally ignorant of biology who are licensed to practice medicine on human beings.