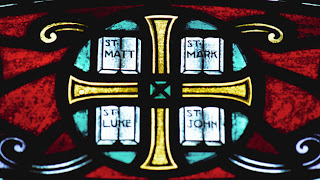 To listen to Catholic bishops and cardinals around America one would think that gay marriage will destroy civilization and lead to the collapse of heterosexual marriage.  None of which is true, of course, and the irony is that this propaganda comes from an institution which has been documented to have engaged in a world wide criminal conspiracy to cover up sex crimes against children and youths by Catholic clergy.  The hypocrisy is stunning.  Another irony is that a new poll has found that the Catholic Church hierarchy's anti-gay jihad is causing members of the Catholic laity to leave the Church.  One can only hope that the phenomenon accelerates and becomes more widespread.  Here are highlights from NBC 10 News on the poll findings:

Not surprisingly, a high percentage of area Catholics have left the church over the sexual abuse scandal that has rocked the organization in the past decade. But that's not all.

A Catholic parish in Philadelphia surveyed lapsed Catholics to find out why they left. The results show a dissatisfaction at both the local level and with the Vatican.  .   .   .   . 17 percent — said they did so because of the priest abuse scandal.

"People who are going to leave the church over the scandal and the church's handling of it have already left. So people leaving the church today are leaving for other reasons," said Zech. "A growing reason we found out was the church's attitude toward homosexuals and gay marriage. A lot of younger people object to the church's teaching on that."

According to a recent national study on religious life in America by the Pew Foundation, a third of baptized Catholics leave the faith, often due to policies originating in the Vatican.

Nevertheless, Zech's study shows that local churches have some power to keep disgruntled Catholics from leaving, such as improving the quality of liturgies.

"Liturgies are really important. I'm not sure that parish staff and clergy understand how important liturgies are to people, that they have good music and the liturgy be meaningful," said Zech.

"People who feel they are not being fed by a meaningful liturgy — they'll go where they are being fed."   Most of those former parishoners became Protestants.

In the short term, the influx of Hispanic immigrants has masked the decline of the Catholic Church in America.  Over time, that will change and the Church will follow the downward trajectory it has experienced in Europe and other modern nations.   The choice for the Vatican is to either accept modernity and modern knowledge or eventually become a third world religion based in the most ignorant and uneducated nations of the world.