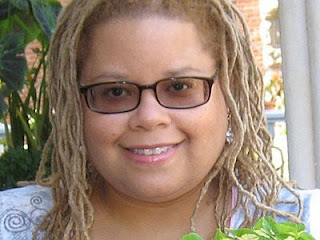 One of the things that I have enjoyed most is the wonderful people that I have been privileged to meet via this blog, particularly the other attendees at the 2008 LGBT Blogger Summit in Washington, DC, financed in significant part by Microsoft and Progressive Insurance.  Among those - and there were many - I was privileged to meet and come to call a friend was Pam Spaulding, the blog mistress of "Pam's Hose Blend."  Indeed, for me Pam became a model of what I hoped to achieve as an LGBT blogger.  Often her wit, charm and amazing use of language made me break out laughing out loud.  Now, after nine (9) years of blogging, Pam is calling it quits for a number of reasons, some of which I well understand, especially the amount of time involved in trying to post meaningful information 365 days a year.  Here are excerpts of how Pam explains her decision:


All good things must come to an end, even after numerous awards and accolades, it’s time to acknowledge that I cannot continue to run on fumes alone. The Blend could continue limping along, but my health and well-being come first; over the last few years burning the candle at both ends with a full-time offline job and PHB. It has taken a severe toll — most readers have learned that I am dealing with chronic pain conditions — fibromylagia, and in the last couple of years, aggressive rheumatoid arthritis.

My decision to close the blog is just as reality-based as its content has been. If I cannot produce material at the frequency or with the same level of quality, enthusiasm and effectiveness, it’s really time to close the doors to this coffeehouse — and work to ensure it continues to have a life as an archive, a snapshot in our digital political history. Pamshouseblend.com will redirect to archives.

Looking back, I churned out pieces at an incredible pace — up to ten posts a day– many long-form pieces, commentary, curating news articles I thought my audience should check out, and occasionally (and increasingly) doing citizen journalism at news events and conferences. All of this while holding down a full-time day job with no connection to politics or activism. And most of of those posts were done in the wee hours, so I didn’t get much sleep over the lifespan of this blog.

Political blogging changed mainstream journalism in many ways. Save for a few who were able to monetize their blogs or who were cherry picked to help traditional outlets get their feet wet in new media, the vast majority of citizen journalists and opinion-makers toiled with little hope of quitting that day job. The LGBT movement was energized by the speed and reach of new media, and at times appeared quite threatened by it — mostly because it was a venue where Beltway orgs, and even the White House, didn’t see any possible way to co-opt or control what was being produced by this first generation of online political rabble rousers and activists. I’ve made a lot of great friends and met a lot of people along the way, and hopefully opened a few eyes, particularly with my posts about the intersection of LGBT and race.

The Blend sat in a unique place in all of this — I brought the perspective of a black lesbian living in the South to the dialogue — broadcasting a voice certainly not represented in the power structure of the LGBT movement. It was the first major blog to feature a transgender contributor, and it was important to me to bring talent to the blog from under-represented regions and voices.

By the way, I’m not disappearing into complete obscurity (though that would be OK as well), I’ll continue to be active on social media and make time to mentor folks as I can. It’s just time for someone else to pick up the ball and run with the daily activist grind, and forge new ground in an ever-shifting new media.

Speaking of which — on FDL, a rebranded blog will debut on the channel with my talented current contributors Laurel Ramseyer, Alvin McEwen and Autumn Sandeen. Look for more information on that effort soon.


I’ll have a “goodbye” post on July 1 that takes a look at some of PHB’s nine-year history.

Pam will always be one of my heroines and I hope she knows how much I love and respect her and all that she has done.  For non-bloggers and activists, it is hard to convey the intensity of some of the cyberspace friendships that can be made.  I myself have thought of shutting down this blog, but so far cannot quite let go of it.  I wish Pam the best of everything and I want to convey how much she will be missed, not only in her posts but quick and dirty advice when e-mailed and asked for information or her take on things.