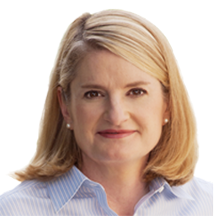 The boyfriend and I count Hampton Mayor Molly Ward among our good personal friends.  She has been an outstanding advocate for LGBT issues locally and is one of only three Virginia mayors the last time that I looked who have signed the national mayors for marriage equality resolution.   I have yet to meet Aneesh Copra in person, although I suspect that will change now that Ward has endorsed him in the race in the lieutenant governor Democratic primary (we seem to frequently be invited to attend many politic events at her home).  Her endorsement cannot be good news for Chopra's opponent, Norfolk State Senator Ralph Northam who regrettably seems to be aligning himself with some of the most reactionary elements in the Norfolk political power structure, including Norfolk Mayor Paul Fraim who I regard as a major homophobe who seems to act as if gays are communicable disease carriers.  I know Northam personally and historically he has been very gay friendly.  However, some of his alliances of late are very troubling.  Here are excerpts from Chopra's campaign website:

"Aneesh's positive vision for Virginia is exactly what we need," said Ward. "He knows we must turn the page on the politics of the past and work to respect and empower all Virginians. He represents the future of politics in the Commonwealth, where we dedicate ourselves to finding innovative new ways to address our greatest challenges."

"As a Mayor in the Hampton Roads area, I am confident that Aneesh Chopra will be a Lt. Governor who represents all corners of the Commonwealth," Ward continued. "His experience working for Governor Kaine and President Obama have prepared him to be an effective leader on day one."

Upon receiving the endorsement, Chopra said, "I am honored and excited to have the support of Mayor Ward. She has been an incredible leader for Hampton and I am thrilled to work with her to move Virginia forward."

Ward joins a growing list of Virginia mayors in endorsing Chopra, including most recently Mayor Dwight Jones of Richmond.

Molly Ward has shown herself to be the most gay friendly mayor in Hampton Roads and has been instrumental in Hampton's close ties with HRBOR, the local affiliate of the National Gay and Lesbian Chamber of Commerce.   It should be noted that Richmond mayor Dwight Jones also has a pro-gay rights track record.  I plan on digging more on this race between now and the primary on June 11th.   Stay tuned for updates.