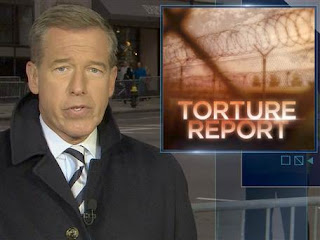 Until George W. Bush, Dick Cheney and their minions who authorized torture and other violations of the Geneva Conventions, in my view, America has little moral standing to criticize foreign powers that utilize similar practices.  And sadly, there is no movement in this country to punishes those who committed war crimes.  Thankfully, in other countries such reticence to call out Bush and Cheney et. al.  In fact the cretinous Bush has cancelled a planned trip to Europe over fears that he might be subjected to legal action should he venture out of the USA.  Personally, I applaud those who would bring Bush to justice.  The total number of lives ruined because of this man will perhaps never be known, but just in American lives wasted we know that the number far exceeds 4,000.  Democracy Now looks at the Chimperator's cancelled trip.  Here are highlights:

Former president George W. Bush was scheduled to be heading to Switzerland this weekend for his first trip to Europe since leaving office. He was set to speak on Saturday at a dinner in Geneva in honor of United Israel Appeal. But Bush canceled the trip after human rights attorneys threatened to take legal action against him for sanctioning the use of torture.

One of the key pieces of evidence against the former president has been his own words. In an interview last November with NBC’s Matt Lauer, Bush openly admitted authorizing the use of torture

MATT LAUER: Why is waterboarding legal, in your opinion?

GEORGE W. BUSH: Because the lawyers said it was legal, said it did not fall within the Anti-Torture Act. I’m not a lawyer. And — but you got to trust the judgment of people around you. And I do.

MATT LAUER: You say it’s legal, and the lawyers told me.

MATT LAUER: Critics say that you got the Justice Department to give you the legal guidance and the legal memos that you wanted.

MATT LAUER: If it’s legal, President Bush, then if an American is taken into custody in a foreign country, not necessarily a uniformed American —

MATT LAUER: I’m just asking. Would it be OK for a foreign country to waterboard an American citizen?


We’re joined by Bill Quigley, legal director for the Center for Constitutional Rights.
Were you disappointed by the cancellation of Bush’s trip?

BILL QUIGLEY: Well, yes and no. I mean, we really hoped that we could persuade Swiss prosecutors to actually charge him with criminal acts and to issue an arrest warrant. At the same time, everybody knew all along that one of the ways that people who are facing criminal charges in a certain jurisdiction, one of the ways they react is by not going to that place. And so, it was disappointing that we’re not able to actually prosecute him, but I think it has shown worldwide, really, that even though he was the president of the United States, if you engage in torture, which is universally felt to be illegal and unjust and immoral, that there are consequences for that.

So, we filed, along with 60 human rights organizations from around the world, this complaint and backed it up with 2,500 pages of documentation that shows his participation in torture, not to mention his own admission of it in his own book about that. And so, I think it is a big step forward in terms of human rights accountability for torture.

NBC News has coverage on the documentation of torture under Bush/Cheney here.  One of the reasons, in my view, why Bradley Manning is being so aggressively prosecuted is because some of the materials he is alleged to have released confirmed the use of torture and extraordinary efforts to cover it up.  Bush and Cheney rather than Manning is the one who should be prosecuted.
Posted by Michael-in-Norfolk at Sunday, April 28, 2013