Have America's Fool's Errands in Afghanistan and Iraq Made Us Less Safe? 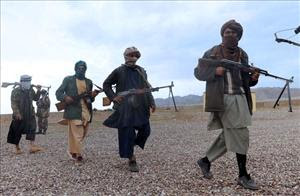 This blog has long been a critic of America's fool's errands in Afghanistan and Iraq.  Both misadventures have helped bankrupt the nation and have thrown away thousands of American lives needlessly (for the record, I have a son-in-law still recovering from wounds suffered in Afghanistan over 5 months ago).  One need only check out any major newspaper on any given day to see stories of carnage, bombings, utter, and he was one of the lucky ones corruption and religious extremism continuing to occur if not thrive.  But as an op-ed in the Washington Post by a former Marine who served in Afghanistan notes, these wars of American hubris may well have made us less safe in the long run.  Here are op-ed highlights:

This past week, Dzhokhar Tsarnaev reportedly told investigators that he and his brother set off bombs near the finish line of the Boston Marathon in part because of their opposition to the U.S. wars in Iraq and Afghanistan. As a Marine who fought in Afghanistan in 2008 and 2010, the news made me wonder: Had my war brought the horrors of battle home?

I deployed to Afghanistan believing my presence in that country would help stop attacks such as Boston’s from happening. But instead, my war has spilled over, striking the city where my 22-year-old brother goes to school and where my mom, until recently, felt perfectly safe eating lunch outdoors.

The Tsarnaev brothers aren’t the first alleged terrorists to cite U.S. military intervention in other countries as a reason for targeting civilians, and they won’t be the last. Despite our best efforts and valor, I wonder, have America’s wars made the homeland less safe? Sure, we’ve killed and captured thousands of radicals who wanted to harm Americans. But in doing so, have we created more?

It wasn’t always easy to justify serving in a war that has devolved from its initial aim of ousting the Taliban and al-Qaeda to a nation-building effort that appeared to have come 10 years too late. The conflict has dragged on for more than a decade, becoming increasingly unpopular after years of mixed results and no clear definition of victory.

Some of my best friends came home in flag-draped coffins, and no one ever convincingly explained to me why and what for. On a recent winter afternoon, after Afghan President Hamid Karzai delivered an upbeat speech at Georgetown on the future of Afghanistan, I had the chance to ask him what the sacrifice of my brothers-in-arms meant to him and his countrymen.

The answer I received was a diatribe. Karzai cited Sept. 11, 2001, and America’s global war on terror but never directly answered my question. I would have liked a “thank you” or a sentence with “greatly appreciated” in it. But there was not a hint of gratitude in his response.

While I was deployed, I went to bed at night believing that I was protecting the homeland because coming after me and my fellow Marines was a much easier commute for those so hell-bent on killing Americans. But that argument no longer makes sense if my war has inspired enemies at home.

The brother who stands accused of packing pressure cookers with low-grade explosives and ball bearings is an American citizen. My own countryman was apparently responsible for filling my mom with deep hatred, for killing an 8-year-old boy and three others, for attacking my home town.

But my war failed to help those people at the finish line. As those bombs exploded, my war came home.

Sadly, I agree with the author.  Given the hundreds of thousands of innocent people who have died because of these wars, often through deliberate action as well as gross negligence by American military personnel, I suspect that we have created thousands more jihadist.  And some of them are right here in America.  These wars were caused by hubris and greed and those who took America to war based on lies remain unpunished.  Their innocent victims are both here in America and in Afghanistan and Iraq.