The Health Benefits of Coming Out 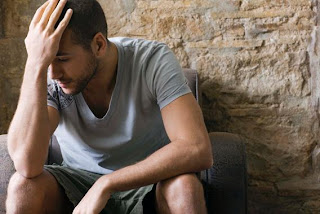 As readers who have followed this blog from its inception know, coming out of the closet is not an easy process at any age, especially after years of marriage and three children. But as a new study shows, coming out and living openly can result in real health benefits.  Yes, that's right coming out is good for one's mental health and reduces stress levels.  Out gay men are less stressed and suffer from less depression than even heterosexual men.  And in contrast to closeted gays, out gays are even more stress free and far less depressed.  In some ways, the findings are simple common sense if one thinks about it.   I for one know that I am far happier and have a much better level of self-acceptance than I ever had during my closeted years.  A piece in Slate looks at the study findings.  Here are some highlights:

Research shows that LGBT people, especially those living in the closet, face disproportionate stresses, including higher risk of anxiety and depression. But a study published this week in Psychosomatic Medicine uncovered something surprising: Heterosexual men had higher levels of depression than gay and bisexual men. Less surprising but still important: Lesbians, gays, and bisexuals who are open about their sexuality had less stress than those who conceal it.

The authors gave several hypotheses to explain the surprising finding that straight men have higher stress than out gay men.  .   .  .   .  hypotheses related to the character-building component of surviving and rejecting years of shame and stigma. Perhaps this struggle produces coping skills that straight men never need to learn.


Or do they? .   .  .  .   Men suffered from gender inequality, too, and faced a whole added level of stress born of the internalized belief that they must adhere to certain roles, especially those of breadwinner and protector, which discouraged them from expressing vulnerabilities, fears, and emotional needs.   These burdens have been built into our laws and culture for years. Recall that the rationale for the military’s ban on open gays had nothing to do with the abilities of gay people but was an accommodation to the special needs of straight men. The late sociologist Charles Moskos, who coined “don’t ask, don’t tell,” testified before Congress that because of the “sexual insecurities” of straight men, “this is exactly why we need the ban.”

[I]n reality, resistance to equality was more complex, rooted in the fragile identity of the modern male. As I recently explained, both Moskos and members of the Joint Chiefs of Staff opposed women in combat in the 1990s not because of ability or even distraction but because of their attachment to cultural ideas about gender.


Gay people have been dealing with this kind of “logic” for years. And it has a silver lining. For all the added struggles of being LGBT, the experience of coming out to someone who says, “I love you even so” can create a sense of acceptance and relief that many straight people never get to enjoy. Those who have never come out about anything as traditionally shameful as being queer remain silently burdened by responsibilities, roles, and a level of repression—often self-imposed—that add needless stress to their lives.

The dramatic leaps forward in LGBT equality over the past few years have not only been about legal equality but about replacing shame with dignity. In addition to the right to serve in uniform and marry in several states, gay people have enjoyed a new sense of liberation from needless emotional repression.

In 1993, Gerald Garvey and John DiIulio, then politics professors at Princeton, wrote an article in the New Republic explaining that the reason for the military’s gay ban was that, “by military cultural definition, a soldier can’t be gay and be a part of all that is best or most cherished in military life and lore.” The same was true of women. Now it’s true of neither. Yet for straight men, the stresses of performing manhood persist. The authors of the study say their findings confirm the importance of disclosure. Hopefully straight men can recognize that they, too, inhabit a closet of sorts, from which they can liberate themselves.