The RNC: A Bunch of Suckers and Sellouts 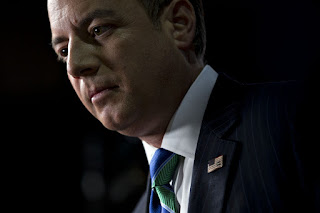 Conservative columnist Kathleen Parker is off the GOP reservation again, this time writing a column that places the blame for Donald Trump's rise and the metastasizing cancer within the Republican Party at the feet of the Republican National Committee ("RNC") which sold out to Trump or allowed themselves to be suckered and played for fools.  The indictment, while certainly true, also applies far down the GOP's party structure and began years ago when those who should never have been elected to local party committees or allowed to win nominations were welcomed instead of being firmly rejected if not openly condemned.  Trump is merely the logical extension of a failure of leadership that applies up and down the party hierarchy.  Short turn opportunism and a refusal to reject extremists of all stripes - and a refusal to face objective reality - are what set the GOP on its march to insanity.  Here are column highlights:

Perhaps the strongest indicator that Trump will lose is his own premature distribution of blame. As far as he is concerned, defeat couldn’t be his fault.

The obvious truth is that Trump never should have been the Republican nominee, as even Trump probably would admit. When he descended the escalator to announce his candidacy, he was at just 1 percent — a barely perceptible speck on the continuum of Republican candidates.

He was ignored — or at least not taken seriously — by nearly everyone for good reason. And when he started spouting hot rhetoric, few in the GOP leadership worried much since he’d surely be moving along any day. This was not to be, in part because, as Trump commented laughing to a friend, who told me: “I had no idea it would be so easy.”

Translation: Once he realized he was dealing with a bunch of suckers, he continued to play them. What fun — and, voila.

The suckers of whom he was speaking are the party leadership, specifically: Republican National Committee Chairman Reince Priebus and RNC communications director Sean Spicer. If these names don’t ring a bell, congratulations, you don’t watch TV. Because Priebus, when not jetting around with Trump on his gold-plated private plane, and Spicer are on one talk show or another nearly every time you look at a cable news screen. They’ve worn more makeup the past year than most women do in a lifetime.

They’re the elephants in the green room, in other words. Everyone sees them clearly but manages to avoid speaking openly of the obvious — that Priebus has presided over the ruin of the Republican Party. Why isn’t he being held accountable? Why isn’t he being called to the mat for allowing Trump’s rise, which might not have been possible had the party chair done his job?

Why was everyone willing to stand by and watch this reality-TV character take charge?
“Because [Priebus] is their boy,” a disgruntled top Republican told me. “He’s given them what they wanted. He’s kept the money flowing.”

The RNC gang sold out. When Trump launched his campaign by ranting about undocumented Mexicans as murderers and rapists, the party leadership should have shouted him down. Priebus should have summoned Trump to Washington and explained how things were going to go. He might have handed Trump the GOP’s autopsy report from the 2012 election and referred him to the “Hispanics” section of the chapter on cultivating “Demographic Partners,” saying: This is what you’re going to do from now on.

Would Trump have agreed? Probably not. But then Priebus should have said: Well, then, I’ll have to break you down during the primaries. At every opportunity, Priebus should have made the case that Trump, who eventually alienated not just Hispanics but also African Americans and women, doesn’t represent the Republican Party. Instead, Priebus and others feared a base that hadn’t formed around Trump yet and, by their inaction, contributed to Trump’s success.

By letting Trump rise to the top, as oil slicks tend to, Priebus has left the party in such a gelatinous mess Republicans will need a hazmat team to clean it up. And for this, he’d like to serve a third term?

Posted by Michael-in-Norfolk at Wednesday, October 26, 2016