The Gender War Wracking the GOP 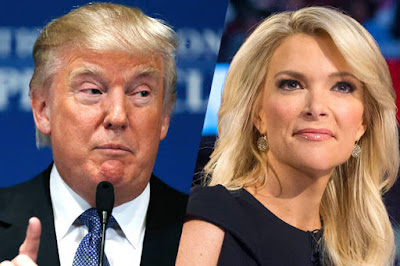 For years now I have argued that no self-respecting gay individual could be a Republican unless they were (i) greed driven and obsessed with not paying taxes, (ii) openly racist, or (iii) suffering from deep seated internalized homophobia.  Now, a similar argument can be made about women who remain in and/or support GOP notwithstanding all of the anti-woman Republicans starting with Donald Trump and ranging to all of his male apologists.  To Trump and his male defenders, women are merely an object to be possessed and used by men.  They are second class citizens who some in the far right would like to even see disenfranchised, a sentiment that will increase if women overwhelmingly support Hillary Clinton on November 8, 2016.  It is one thing to admire a woman's beauty - or a man's beauty as in this blog's male beauty posts - and something far different and uglier to see them merely as victims to be grabbed and assaulted at will to gratify a male's pathetic ego.  A piece in the New York Times looks at how many women in the GOP may be about to finally say "enough!"  Here are highlights:

Donald J. Trump has polarized men and women, with the sexes parting ways to such a degree that Election Day could produce the biggest gender gap in decades.

And now that division is being amplified by a gender war in the Republican Party itself. Men and women are taking sides over accusations of Mr. Trump’s mistreatment of women, with the latest controversy a blistering exchange between Newt Gingrich and Megyn Kelly of Fox News.

Increasing numbers of Republican women have turned on their party’s male leaders for defending Mr. Trump against accusations that he groped or forcibly kissed more than 10 women. Many are complaining publicly that for years, they stood up for the party against Democrats who accused it of pursuing a “war on women.” They are unable to do so any longer, they say, and they see hypocrisy in Republican men rallying behind Mr. Trump after the same leaders for years accused former President Bill Clinton of predatory behavior.

“These are spineless men,” said Brittany Pounders, a Republican activist and political blogger from Houston.

The latest CBS News poll, released last week, found that Hillary Clinton held a 19-percentage-point lead over Mr. Trump among women likely to vote. Among Republican women, 79 percent supported Mr. Trump. That was far below the 93 percent of Republican women who voted for Mitt Romney in 2012.

Republican strategists with an expertise in reaching women are anxious that Mr. Trump’s candidacy will damage the party’s ability to appeal to them for years to come.

“I think we’ll see a lot of women walk away from the party over this,” said Katie Packer, who was Mr. Romney’s deputy campaign manager. “What you’re seeing is 20 years, 30 years of frustration coming together and really, really compounded in the last couple of weeks.”

“Men on our team don’t get how serious this is,” she said. “I think we’re all kind of disgusted that they don’t get that.”

In regions of battleground states with many college-educated Republican women, such as Northern Virginia and the Philadelphia suburbs, Mr. Trump is in peril with these voters long loyal to the party.

Some Republican women are now openly organizing to support Mrs. Clinton.  “Being a Republican woman is very different from being a Democratic woman,” said Jennifer Pierotti Lim, who leads a group called Republican Women for Hillary. “This sentiment that Newt Gingrich was speaking to — if you’re a woman, you shouldn’t be offended by these things, you just should think about the issues — that’s pervasive.”

One of them is Wendy Lynn Day, who was pushed out of a leadership role at the Michigan Republican Party last week after refusing to endorse Mr. Trump. She criticized her party’s male leaders, saying that in past years, they had proclaimed that morality and character mattered in a president, but that they were ignoring that principle when it came to Mr. Trump.

“When we stood up and voiced our concerns about Bill Clinton taking advantage of a young intern and allegedly abusing all of those women, we were standing on the moral high ground,” Ms. Day said. “We gave away some of that moral high ground by the way we treated the women who’ve come forward with allegations about Donald Trump.”

“When your leaders come out and make excuses and use biblical analogies to defend and promote Donald Trump,” she added, “that to me crosses a line I’m not comfortable with.”

Posted by Michael-in-Norfolk at Thursday, October 27, 2016