The Rich May Vote Democrat This Election 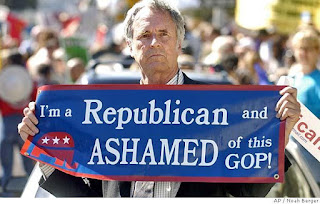 There is a stereotype that the rich consistently vote Republican, motivated by the lure of promises of tax cuts and false promises of "smaller government."  Like all stereotypes, it has never been completely true, but some conjecture that it will definitely not be true in the 2016 election cycle where Donald Trump and the party base he now defines are driving many Republicans from the party fold.   A piece in the New York Times looks at the phenomenon and analyzes why the GOP is losing support among those often viewed as the most dependable of voters.  Here are highlights:

For the first time in decades, the wealthy are set to deliver a landslide victory for a Democratic presidential candidate.

The spread was even wider among the highest earners. For those earning $250,000 or more — roughly the top 5 percent of households — 53 percent planned to vote for Mrs. Clinton while 25 percent favored Mr. Trump.

[I]f the numbers hold, historians and wealth experts say that next month’s elections may prove to be the largest vote by the wealthy for a Democratic candidate in recent history.

The big question is whether Mrs. Clinton’s potential sweep of the elite represents a structural shift in the politics and policy preferences of the wealthy, or simply a personal aversion to Mr. Trump. Either way, the vote would break decades of Republican dominance of affluent voters in presidential elections. It would also shed light on a growing debate about whether the wealthy are tacking to the left politically as more fortunes are created and concentrated in states like California and New York and throughout the left-leaning tech industry.

Ipsos says its data suggests that the affluent are more anti-Trump than pro-Clinton. . . . “The affluent vote seems to be more about the concerns over Donald Trump than the enthusiasm for Clinton,” said Stephen Kraus, chief insights officer and director of the Ipsos Affluent Survey.

The closest comparison to the current election among affluent voters is the one in 2008, when Barack Obama carried about half of voters who earned more than $100,000. Yet Mr. Gelman said John McCain still did better among the rich than the poor, and compared with the broader electorate, the wealthy voted Republican more often.

In the current election, Mrs. Clinton is poised to capture a far larger share of the affluent vote than Mr. Obama. And if the numbers hold, the elite would lean more Democratic than Republican for the first time in at least 50 years, Mr. Gelman said.

In the current election, of course, neither candidate is publicly courting the wealth vote. Even Mr. Trump has been labeled a populist. Yet affluent voters are 15 to 20 percent more likely to vote than the broader population, according to Ipsos. Their financial support gives the wealthy an outsize voice in campaigns.

Perhaps part of what is driving the shift is the realization that a Trump presidency would be very bad for the nation and, therefore, bad for the wealthy as well, especially if Trump created economic chaos by starting wars and/or trade wars.  Then again, they may want to have nothing to do with the racists, religious fanatics and bigots who now control the GOP base.