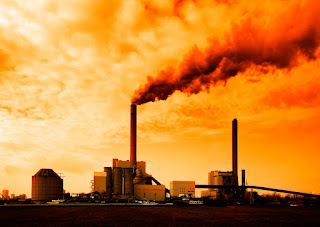 At both the state and federal levels Republicans are pushing an effort to eliminate regulations that protect workers and consumers and which rein in rapacious corporations that would poison the environment in their quest for a quick buck.  It's part and parcel with the GOP effort to create a new Gilded Age where the extremely wealthy live like royalty of old and the rest of slide toward poverty if not total serfdom.  Thus, my shock and surprise to see the Richmond Times-Dispatch, generally one of the most reactionary of the larger newspapers in Virginia publishing an editorial stating that "true conservatives: support environmental protection.  Here are column excerpts:


Barack Obama recently became the first president to venture beyond the Arctic Circle. During his trip, he drew attention to the consequences of climate change for Alaska’s remote villages, often inhabited by Native Americans whose way of life is threatened by global warming. He also announced he was changing the name of North America’s tallest peak from Mount McKinley to Denali, the mountain’s original name, which reflects its sacred status. Alaska Republicans cheered the move. Republicans in President McKinley’s home state of Ohio did not. The Times-Dispatch agrees with Obama and the Alaskans.


A Democratic president’s trip reminds Republicans of their historic ties to environmentalism. Theodore Roosevelt’s embrace of conservation planted the seeds for the environmental movement. Nixon created the Environmental Protection Agency. New York Sen. James Buckley showed that certain “green” policies were compatible with conservative principles. Officials in Virginia and its neighbors have developed a heightened appreciation of the need for government intervention to save the Chesapeake. The Chesapeake Bay Foundation has done excellent work to promote bipartisan efforts in the bay.

Environmentalism does not rank high on the GOP’s contemporary national agenda, however. A faction among conservatives refuses, with sectarian zealotry, to concede the reality of climate change and the strong possibility than humanity has contributed to warming. A carbon tax deserves conservative support; cap-and-trade deserves serious debate. The Endangered Species Act has fallen under siege, too. Ideologues want to undermine its effectiveness and to limit its scope. This dismays.

Conservatives inside the church and outside it question (to put it politely) Pope Francis’ teachings on the environment. Although imperfect in all its prescriptions, the pope’s encyclical letter, “On Care for Our Common Home,” takes a broad view of humanity’s gifts and obligations that conservatives ought to find congenial. Francis rejects the materialism that mocks religion. It is time for conservatives to listen to what their better angels have to say about the environment. Obama went north to Alaska; conservatives can apply much of his message to regions south of the Last Frontier.


The sad truth is that the Republican Party is no longer a party of conservatives.  It has become, instead a party of extremism and zealotry where science, knowledge and the founding principle of the separation of church and state has been ripped to shreds.