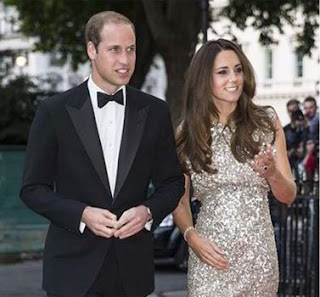 As the gay haters of the American evangelical Christian and professional Christian crowd (and their political whores in the GOP) continue to rant and rail against gays and work to obstruct anti-bullying initiatives, it is comforting to realize that they are losing the war.  Especially among the younger generations.  At a recent anti-bullying event in the United Kingdom, Prince William joined the growing throng of those who condemn homophobia and religious based bullying.  The Daily Mail looks at the event which will no doubt cause wailing fromt he dying far right Christofascists in the UK.  Here are highlights:

William took part in a training session at Hammersmith Academy in West London focusing on cyber-bullying and Lesbian, Gay, Bisexual and Transsexual bullying.

During an hour-long training session William vowed that if he saw anyone bullying a lesbian, gay, bisexual, or transgender‎ person he would step in and confront the abuser after comforting the victim.

'I would try to confront, to tackle the person. I usually find myself right in in the middle of problems so that's pretty much where I'd be,' he said during an LGBT session where participants were asked to stand on one side if they would comfort the victim, on another if they would confront the perpetrator, or at the back if they would adopt another strategy.

‎His support for confronting the homophobic bully was hailed as the 'embodiment' of Princess Diana's legacy and a landmark moment by Tom Broughton, 17, who had told the Duke of Cambridge how an anonymous online stalker had urged him to kill himself after he came out as gay when he was in his final year of secondary school.

This is about bringing bullying into the open and creating a network of communication, which allows people to speak up and speak out.  'It's a real honour and privilege to have Prince William here recognising the issue and highlighting awareness of it.'

Alex Holmes, the head of the Diana Award's Anti-Bullying Campaign, said: 'The very fact that William is adding his weight to quite complex issues such as LGBT bullying and cyberbullying has already made a difference. 'We've seen calls to the charity this morning because the duke is standing up to bullying people are coming forward.