Why Donald Trump Isn't Going Away any Time Soon 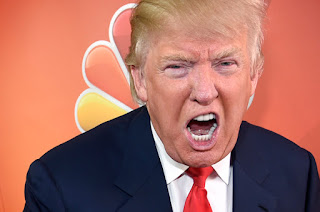 Despite his war with Megan Kelly, Donald Trump remains at the top of the GOP candidate polls.  As a piece in Slate notes, Trump is tapping into a phenomenon seen in other western democracies where those most adverse to social change - and immigration - have rallied around non-traditional political parties and politicians as a way of voicing their discontent and in some cases modernity itself.   Much of the GOP base falls within this description and seemingly is only too ready to support someone who wears racism on his sleeve and blasts the political establishment that these people view as having allowed the changes that the despise.  For years now the GOP has fanned the flames of resentment and hostility to those not fitting the white conservative Christian mold.  Now the GOP may be reaping the whirlwind it has helped to create.  Here are article highlights:

To understand the rise of Donald Trump, you’d do well not to fixate on the fact that he’s running under the Republican banner. During Thursday night’s Fox News debate, Trump made it clear that failing to secure the GOP nomination wouldn’t stop him from exploring an independent candidacy. And honestly, he’d be crazy not to. Trump is very far from a Republican regular. He represents an entirely different phenomenon, one that bears little resemblance to garden-variety American conservatism. That’s why Republicans shouldn’t fool themselves into believing that one lackluster debate performance will send him packing.

Go to almost any European democracy and you will find that the parties of the center-right and center-left that have dominated the political scene since the Second World War are losing ground to new political movements. What these movements have in common is that they manage to blend populism and nationalism into a potent anti-establishment brew.

So what does any of this have to do with Trump? As a political outsider, Trump has the freedom to say or do almost anything. While every other Republican on stage Thursday night made an effort to demonstrate their conservative bona fides, justifying this or that heresy by invoking the Bill of Rights or the memory of the sainted Ronald Reagan, Trump had no compunction about breaking with ideological orthodoxy. When asked about his past support for a Canadian-style single-payer health system, Trump didn’t back down. Instead of repudiating his past position, or apologizing for it, he said that “as far as single-payer, it works in Canada. It works incredibly well in Scotland. It could have worked in a different age, which is the age you’re talking about here.”

Why didn’t Trump reverse himself? It could be that he recognizes that there are many GOP voters who are just as passionate about defending Medicare as they are about protecting America’s borders, and that the prospect of Medicare-for-all might not faze them. Or it could be that he realizes that the forces that have pushed him to the top of the GOP primary fight are far bigger than just the Republican Party, and he need not toe the line to keep his candidacy alive.