The Myth of a Better Iran Deal 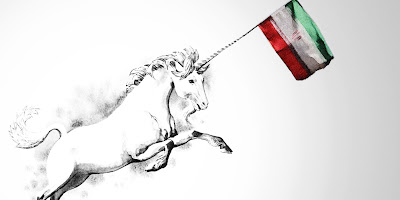 Stuck in traffic yesterday I was listening to POTUS satellite radio and heard Marco Rubio bloviating against the Iran nuclear agreement.  Like most of the Republicans opposing the deal - largely because Obama is connected with it and because talk of killing Iranians polls well with the GOP base - Rubio fantasizes that a "better deal"  could have been negotiated.  In a piece in Foreign Policy, Stephen M. Walt, professor of international relations at Harvard University, looks at the myth that Rubio and his GOP brethren are foisting on the ignorant, bigoted, and uninformed (read FOX News viewers).  Here are article excerpts:

Foreign policy is serious business, because getting it wrong has real consequences. When countries conduct foreign policy in a cavalier or incompetent way, real human beings lose their lives or end up much poorer than they would otherwise have been.

That’s why it is so surprising when allegedly “serious people” rely on various forms of Magical Thinking when they talk about foreign affairs. . . . by “magical thinking,” I mean analysis and prescriptions resting on unrealistic assumptions, unspecified causal relationships, inapt analogies, a dearth of supporting evidence, and wildly naïve optimism.

What sort of “thinking” do I have in mind?  The most obvious example of magical thinking in contemporary policy discourse, of course, is the myth of a “better deal” with Iran. Despite abundant evidence to the contrary, opponents of the JCPOA keep insisting additional sanctions, more threats to use force, another round of Stuxnet, or if necessary, dropping a few bombs, would have convinced Iran to run up the white flag and give the United States everything it ever demanded for the past 15 years.


Never mind that while the United States ramped up sanctions, Iran went from zero centrifuges to 19,000. Never mind that there was no international support for harsher sanctions and that unilateral U.S. sanctions wouldn’t increase the pressure in any meaningful way. Never mind that attacking Iran with military force would not end its nuclear program and only increase Iran’s interest in having an actual weapon. Never mind that the deal blocks every path to a bomb for at least a decade. And never mind that the myth of a “better deal” ignores Diplomacy 101: To get any sort of lasting agreement, it has to provide something for all of the parties.

Instead of serious analysis, opponents of the Iran deal are just imagining that there was a secret spell, magic wand, or incantation that would have somehow produced a miraculously better result. Which is why they cannot in fact explain how their imaginary “better deal” could ever be obtained.

It is not surprising that opponents of the deal are relying on unspecified miracles to make their case: It’s their standard operating procedure.

[O]pponents of the deal are mostly the same groups and individuals who either dreamed up or helped sell the boneheaded idea of invading Iraq. It wasn’t just their fairy tales about Iraqi WMD and Saddam Hussein’s alleged links to al Qaeda that led Bush and the country astray, it was their utterly fabulist belief that invading Iraq would somehow transform the Middle East into a sea of pro-American democracies. This was magical thinking at its worst, because it ignored both everything we know about how genuine democracy gets created and paid zero attention to the conditions in the country we were about to take over. . . . They are as wrong now as they were back then.

The United States is hardly the only country that has succumbed to magical thinking, of course. . . . How can you spot “magical thinking” when you hear it?

First, when a leader, policy analyst, or foreign-policy organization suggests you support a policy that has never been done before and says that it will be easy, your nostrils should start twitching.

Second, when somebody says they’ve got a great solution to a thorny problem but won’t tell you what that solution is, it’s either a sign that they have no plan at all or that they believe they have rare powers that will enable them to do what mere mortals cannot.

Third, magical thinking invariably depends on a whole bunch of optimistic assumptions. To pull off a miracle, you need to assume that all will go exactly as planned, that opponents will react exactly as you expect, that unintended consequences will not occur, and that the ball will always take a home-team bounce.

Fourth, and following from the last point, a good miracle promises something wonderful for little or no cost. (“The invasion of Iraq will pay for itself!” “The troops will be home by Christmas!”) Advocates of U.S. military intervention routinely use this ploy, focusing solely on the supposed upsides and studiously ignoring the potential risks. Most of us have learned to discount anyone who promises us something for nothing, and that instinct is especially useful when it comes to foreign policy.

Finally, a lot of magical thinking assumes that the world is poised on a delicate knife’s edge and that small inputs will have far-reaching effects. In this view, a tiny reduction in the U.S. defense budget or overseas military presence will embolden enemies everywhere, dishearten all of our allies, and trigger a rapid cascade of setbacks and retreats, leaving the United States isolated and vulnerable (if not utterly defeated).
In the rough-and-tumble world of international politics, states achieve wealth, influence, and foreign-policy success by generations of hard work, careful analysis, smart decisions, and (if they are lucky) some amount of good fortune. To obtain these things, successful states create political institutions that can resolve conflicts, learn from past errors, and maintain a firm grasp on reality. Letting national decisions be shaped by unrealistic fantasies guarantees trouble, and even a country as powerful and secure as the United States pays a price when it allows magical thinking to shape national policy.

Posted by Michael-in-Norfolk at Saturday, August 15, 2015

Sadly, all three of today's blogs go together.

None of the people calling for a better deal, least of all Cottonhead Senator Tom Cotton, have suggested what "a better deal" -- that the Iranians would agree to -- would consist of. Certainly the idea of increased sanctions is a non-starter, given that the current sanctions are rather ignored by the other, essential, parties to the agreement and have not done all that much to change either Cuba or North Korea, despite decades of being in place.

The other two posts speak for themselves. And it's worth noting that Ken Mehlman, who played a major role in getting anti-marriage initiatives on the ballots of 11 states and passed, STILL has not reformed. (And, not surprising, as far as I can tell, there is yet to be another person willing to enter into a relationship with HIM.)

Happy birthday, by the way.