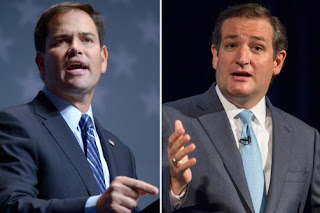 I am not necessarily a fan of America getting involved in the Syrian civil war.  But, that said, I find the hypocrisy of Republicans opposing intervention to be enough to make one want to vomit.  This from members of the political party that led America into the Iraq War fiasco and that mishandled Afghanistan as well.  The GOP reluctance has nothing to do with having learned from past mistakes but instead merely stems from a desire to not cooperate with Barack Obama on anything.  A piece in The Daily Beast looks at the situation.  Here are highlights:

The Republican hypocrisy on Syria is just amazing. Imagine that Mitt Romney were president. Romney took a far more hawkish line than Barack Obama did on Syria during the campaign. He wanted to arm the rebels, supported in-country cover ops, and so on. So if Bashar al-Assad had used chemical weapons during President Romney’s tenure, there’s every reason to think he’d be pushing for action too. And what, in that case, would Republicans now temporizing or opposing Obama be doing in that case? They’d be breathing fire, of course. There’s a lot of chest thumping talk right now about how a failed vote will destroy Obama’s credibility. I guess that may be to some. But to anyone paying attention, the credibility of these Republicans is what will suffer, and the vote may well come back to haunt some of them in 2016.

Rand Paul and the neo-isolationists are probably taking the same position they’d take if Romney were president, although we can’t be completely sure.


But most of them? Please. The Gold Weasel Medal goes to Marco Rubio, as others such as Tim Noah have noted. Back in April, Rubio thundered that “the time for passive engagement in this conflict must come to an end. It is in the vital national security interest of our nation to see Assad’s removal.” Removal! Obama’s not talking about anything close to removal. So that was Rubio’s hard line back when Obama was on the other side. And now that Obama wants action? Rubio voted against the military resolution in the Senate Foreign Relations Committee last week.


Ted Cruz? Just in June, Cruz wanted to go into Syria and rough ’em up. “We need to develop a clear, practical plan to go in, locate the weapons, secure or destroy them, and then get out.” Now? Syria is a distraction from, you guessed it, Benghazi.

Can you imagine how these people would be wailing for Assad’s head on a pike if Romney were asking for this resolution? And the Republicans in the House? I suppose a small percentage of them may be opposed. But the radio blowhards, now inveighing against “Obama’s war,” would be whooping up war fever like Hearst, and most in the House would follow suit.

They are out to undermine Obama’s credibility. They don’t care a whit about Assad, Iran, Hezbollah; indeed, on that last point, if any of them knows anything about Hezbollah leader Hassan Nasrallah, they must admire him. Nasrallah accomplishes with impressive efficiency in Lebanon what they want to accomplish in America—preventing the government from being able to do anything good for the people. All they want to do is make Obama look bad.

There's more, but you get the drift.
Posted by Michael-in-Norfolk at Monday, September 09, 2013