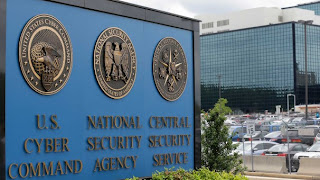 As more and more information comes out about the National Security Agency's ("NSA") domestic spying operations, one picture is increasingly clear: NSA is a rogue agency that feels free to violate court orders and existing laws with no one seemingly in over all charge or control.  Abuses and lies about the abuses and violation of legal parameters seem to be the norm.  An article in the Washington Post looks at new evidence that the NSA and it's trampling on Americans' privacy and disregard for the law.  Here are highlights:

The National Security Agency for almost three years searched a massive database of Americans’ phone call records attempting to identify potential terrorists in violation of court-approved privacy rules, and the problem went unfixed because no one at the agency had a full technical understanding of how its system worked, according to new documents and senior government officials.

Moreover, it was Justice Department officials who discovered the problem and reported it to the court that oversees surveillance programs, the documents show, undermining assertions by the NSA that self-reporting is part of its culture.

A strong rebuke of the NSA by the court comes less than a month after the Office of the Director of National Intelligence released a highly critical FISA court opinion that took the agency to task for its operation of a separate surveillance program. Taken together, the documents released by the office over the past month paint a troubling picture of an agency that has sought and won far-reaching surveillance powers to run complex domestic data collection without anyone having full technical understanding of the efforts, and that has repeatedly misrepresented the programs’ scope to its court overseer.

“It has finally come to light that the FISC’s authorizations of this vast collection program have been premised on a flawed depiction of how the NSA uses” the phone data, Walton wrote.

“This misperception by the FISC existed from the inception of its authorized collection in May 2006, buttressed by repeated inaccurate statements made in the government’s submissions,” he continued.

Privacy procedures “have been so frequently and systemically violated that it can fairly be said that this critical element of the overall [phone records] regime has never fully functioned effectively,” he said.

Beginning in late January 2009, Justice Department officials began notifying the court of problems, in particular that the NSA had been running an automated “alert list” on selected phone numbers without meeting the court-required standard of “reasonable and articulable suspicion” that those numbers were tied to terrorists.

Justice Department officials notified the court that the NSA had been searching the business records “in a manner directly contrary” to the court’s orders “and directly contrary to the sworn attestations of several Executive Branch officials,” Walton wrote in a Jan. 29, 2009, order.

In November 2009, Walton also expressed concern that the NSA had searched phone numbers long after the numbers had been found to be irrelevant and said he “remained concerned” that the NSA did not meet the required standard for using the numbers, exposing information about Americans who were not the subject of FBI investigations.

“Now that the agency has been forced to release them, we can see that the real reason for secrecy was to conceal the fact that surveillance under the Patriot Act was far broader, and less focused, than the public and Congress had been led to believe.”