Report: NSA Can Access Everything On Your iPhone, Android, and BlackBerry 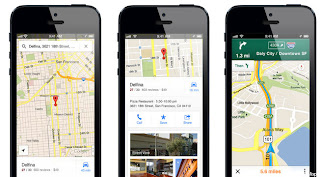 I have noted before that America now ranks with Putin's Russia and Communist China in terms of the level of surveillance - i.e., domestic spying - that its citizens are subjected to.  Indeed, as a new report makes clear, the only safe assumption is that one has no personal privacy whatsoever.  Adolph Hitler and the Nazi regime would have loved what America now does to its citizens via NSA surveillance.  A story at Talking Points Memo looks at a new report that indicates that the NSA can access EVERYTHING on your cell phone.  Here are excerpts:


The U.S. National Security Agency is able to crack protective measures on iPhones, BlackBerry and Android devices, giving it access to users’ data on all major smartphones, according to a report Sunday in German news weekly Der Spiegel.

The magazine cited internal documents from the NSA and its British counterpart GCHQ in which the agencies describe setting up dedicated teams for each type of phone as part of their effort to gather intelligence on potential threats such as terrorists.

The data obtained this way includes contacts, call lists, SMS traffic, notes and location information, Der Spiegel reported. The documents don’t indicate that the NSA is conducting mass surveillance of phone users but rather that these techniques are used to eavesdrop on specific individuals, the magazine said.

The article doesn’t explain how the magazine obtained the documents, which are described as “secret.” But one of its authors is Laura Poitras, an American filmmaker with close contacts to NSA leaker Edward Snowden who has published several articles about the NSA in Der Spiegel in recent weeks.

Snowden’s revelations have sparked a heated debate in Germany about the country’s cooperation with the United States in intelligence matters.

On Saturday, thousands of people in Berlin protested the NSA’s alleged mass surveillance of Internet users. Many held placards with slogans such as “Stop watching us.”


Do I trust the NSA and the U.S. government not to abuse these abilities?  Not at all.
Posted by Michael-in-Norfolk at Monday, September 09, 2013