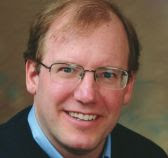 In a move long over due, the Internal Revenue Service has revoked the tax exempt status of Porno Pete's falsely named Americans for Truth About Homosexuality (AFTAH). The revocation came not because of the utterly fraudulent nature of LaBarbera's operation but rather because he failed to file returns as required by the tax laws. The reality is that AFTAH has been nothing more than LaBarbera's personal cottage industry for disseminating hate and lies while living off of the money donated by the ignorant and gullible. Ex-Gay Watch looks at this welcomed development:
*
According to the IRS, the tax-exempt status of Americans for Truth About Homosexuality (AFTAH) was revoked on 5/10/2010. The reason for this action is listed by the reporting organization Guidestar as a “failure to file a Form 990, 990-EZ, 990-N, or 990-PF for 3 consecutive years.” These forms are required of legitimate non-profit organizations for review by the IRS and the public.
*
While the current incarnation of AFTAH appears to have been active since 2006, we found only one form 990-EZ on file — for the year 2009. In this, total receipts are listed as $110.000, out of which Peter LaBarbera received a salary of $75,000. For perspective, this is approximately the same salary plus benefits claimed by Exodus president Alan Chambers. Exodus lists eleven employees and a million dollar budget.
*
According to the IRS documentation on revocations, AFTAH can no longer be considered a 501(c)3 tax-exempt organization, and there is no process for appeal. Donations made to them before 6/10/2011 are still deductible by donors, though any income after revocation may be taxed and require filing of a federal return. LaBarbera appears to have been aware of all this, as the donations section of the AFTAH website no longer claims tax-exempt status.
*
What the IRS needs to truly do is go after similar snake oil merchants who are marketing lies, scientific falsehoods and in no manner providing "educational" benefit to anyone. These groups exist sole for political purposes and to enrich their liars-in-chief.
Posted by Michael-in-Norfolk at Tuesday, August 02, 2011