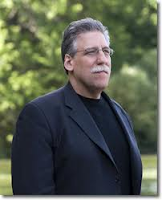 The hypocrisy and lies of the Christianists truly know no limits. A case in point: Christianist talk show host Michael Brown (pictured at right) has a piece in Human Events whining that the Southern Poverty Law Center is a hate group because it has registered "venerable family organizations" like Family Research Council and American Family Association as hate groups. (Not surprisingly, Brown is one of the members of the ultra-far Christian Right who is trying to turn conservative Christians into the real victims of the massacre in Norway.) As I recently noted, the Southern Poverty Law Center has this to say about how it classifies organizations as hate groups:
*
All hate groups have beliefs or practices that attack or malign an entire class of people, typically for their immutable characteristics. Currently, there are 1,002 known hate groups operating across the country, including neo-Nazis, Klansmen, white nationalists, neo-Confederates, racist skinheads, black separatists, border vigilantes and others.
*
In the case of Family Research Council, SPLC registered it as a hate group for the following reasons (the full analysis is here):
*
The FRC often makes false claims about the LGBT community based on discredited research and junk science. The intention is to denigrate LGBT people in its battles against same-sex marriage, hate crimes laws, anti-bullying programs and the repeal of the military’s “Don’t Ask, Don’t Tell” policy.
*
In the case of the American Family Association, a summation of SPLC's analysis is as follows (see the full analysis here):
*
The AFA's fundraising appeals are known for their shrillness. One mailer from the early 2000s read: "For the sake of our children and society, we must OPPOSE the spread of homosexual activity! Just as we must oppose murder, stealing, and adultery!" It continued, "Since homosexuals cannot reproduce, the only way for them to ‘breed' is to RECRUIT! And who are their targets for recruitment? Children!" In other appeals, the AFA has used a standard propaganda ploy against LGBT individuals: They're a danger to children.
*
In short, both groups disseminate deliberate lies and untruths about all LGBT individuals with favored memes being the threat to children, mental illness, drug use and alcoholism, promiscuity, shortened life spans, etc. As an added bonus, both groups are strongly anti-immigrant which in truth translates to anti-non-white. Given this true background on these two organizations, here's a sampling of Brown's batshitery:
*
[M]any people, rather than questioning the SPLC, are instead questioning these venerable family organizations. Perhaps it is time to ask this question: Is it the SPLC that should be designated a hate group? Are they the ones spreading false information and demonizing propaganda about other groups, thereby defaming their good names and placing them in the ranks of the KKK and neo-Nazis? * All of which begs the question: Is the SPLC, by its own criteria, the real hate group? It still carries weight in plenty of circles here in America, and so when it categorizes an organization as a hate group, many people of good conscience are influenced by that designation, one which is quite stigmatizing and destructive, as evidenced by the recent events involving FOTF and AFA mentioned above. Yet it is the leaders of the SPLC who are either irresponsibly attacking other fine organizations, or worse still, knowingly defaming them. * Who then deserves the title of “hate group,” Focus on the Family or the Southern Poverty Law Center? Who has been guilty of demonizing others and spreading hurtful, inaccurate information? Whose actions and words have been hateful? The record speaks for itself.
*
Yes, the record of these organizations and others like them does speak for itself and SPLC was 100% on target in giving them the hate group designation. As for Human Events, based on the comments on the article, its readership seems comprised mostly of homophobes, racists, and irrational Bible beaters. Why do I suspect the are mostly Republicans?
Posted by Michael-in-Norfolk at Sunday, July 31, 2011