The weather today was fabulous and we spent much of the day around the pool at the First Colony Inn - the main site for the OBX Pridefest event. Today's events kicked off with a opening by an actress dressed in fully costume as Queen Elizabeth I from the Lost Colony production company. Her remarks were followed by remarks from the mayor of Nags Head who among other things lauded the marriage vote in New York State last night.
*
The pictures below show some of the scenes around the grounds of the Inn which is a historic treasure that was moved from its original location right on the ocean a number of blocks north of its new site. The Inn - which is gay owned - is surrounded by lawns and pine trees which make for a beautiful setting. Across the beach road is access to a wide section of beach on the Atlantic Ocean.
*
We back at the beach house taking an interlude before we head back to a luau on the beach later this evening hosted by The Lost Colony. At midnight, there will be a production of Cyclops, A Rock Opera, at the Lost Colony amphitheater on Roanoke Island which is a few mikes away across a causeway for where we are staying. Based on our experience to so far, we are very happy that we made the drive down. 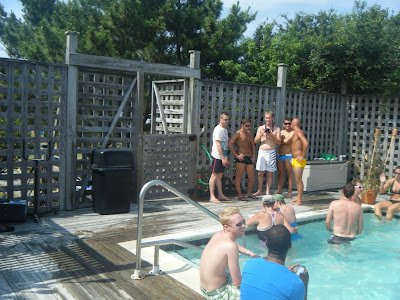 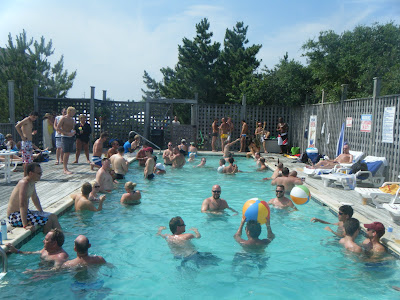 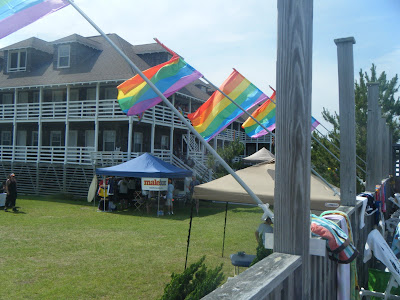 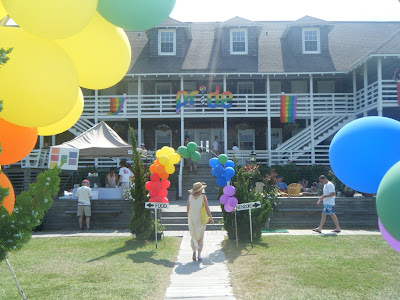