The Twisted Mindset of "Ex-Gays" 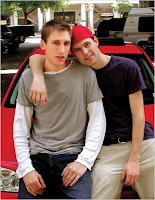