An Evening From Hell 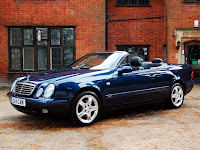 Tonight should have been a pleasant relaxing evening with the boyfriend and one of his dear friends/clients over a quiet dinner at our home. Instead thanks to an idiot - naturally driving with a suspended license, no insurance, and appearing to have ingested some sort of illegal drug- turned the evening into a nightmare where I found myself on the side of the Interstate for over two hours talking to Virginia State Troopers and waiting for a flatbed tow truck.
*
The aforesaid driver ran into the rear end of a Ford Explorer carrying three young military service members who were a distance down the acceleration ramp behind me as I was getting on the Interstate to make the trip from Norfolk to Hampton. After hitting the Explorer, he tried to leave the scene and came flying up the ramp at at least 50 -60 mph where I sat not moving in the acceleration ramp and waiting to merge into the traffic flow which thankfully was barely moving. With nowhere to go, he slams on his breaks and then slams into the rear passenger side of the boyfriend's car (like the one above except green with a black roof) and the rear passenger side wheel and then continues to try to leave the scene and would have succeeded but for the traffic and his by now heavily damaged vehicle.
*
Yes, it could have been worse. Other than being jarred with some lower back and neck discomfort (possibly caused by stress arising from the fact I had the boyfriend's car rather mine which was having a scheduled servicing) I think I am fine. Oh, and other than being almost physically sick about damage to the boyfriend's car - which after the two dogs is his baby. As for the car, it's at our friend's dealership awaiting a review of the damage and a visit from the insurance adjuster. As for the low life driver, I hope the State Police arrested his ass.
*
I am going to further self-medicate with additional alcohol, so this will be the last post of the day absent some development on the same sex marriage vote in New York State.
Posted by Michael-in-Norfolk at Wednesday, June 22, 2011

arghhh... so sorry... glad you are okay and hope there are no delayed pains... as for the cocktails..cheers and i hope they catch that guy too...

Glad you're okay ... remember from my experiance in March ... cars can be fixed or totaled ... at least you didn't end up like me in the hospital ... TWICE for surgery.