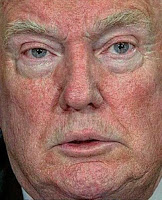 Elect an individual utterly unfit for office and expect chaos in the White House.  Elect a malignant narcissist and the chaos will be multiplied ten fold.  That's more or less the premise of Cliff Sims' new tell-all book, “Team of Vipers,” which goes on sale next week.  The portrait it paints of Der Trumpenführer and his regime of misfits ought to disturb, if not terrify, patriotic Americans.  The Washington Post secured an advanced copy of the book and provides a glimpse of the malfeasance and danger to democracy that Trump - and I'd add, Mike Pence - poses to the nation.  Despite all this, Congressional Republicans remain Trump's political whores giving him the political equivalent of daily fellatio.  Here are article highlights:

President Trump watched on television, increasingly angry as House Speaker Paul D. Ryan criticized his handling of the deadly white supremacist rally in Charlottesville. He held the remote control “like a pistol” and yelled for an assistant to get the Republican leader on the phone.

“Paul, do you know why Democrats have been kicking your a-- for decades? Because they know a little word called ‘loyalty,’ ” . . . Why can’t you be loyal to your president, Paul?”

The tormenting continued. Trump recalled Ryan distancing himself from Trump in October 2016, in the days after the “Access Hollywood” video in which he bragged of fondling women first surfaced in The Washington Post.

“I remember being in Wisconsin and your own people were booing you,” Trump told him, according to former West Wing communications aide Cliff Sims. “You were out there dying like a dog, Paul. Like a dog! And what’d I do? I saved your a--.”

The browbeating of the top Republican on Capitol Hill was one of the vivid snapshots of life inside the Trump White House told by one of its original inhabitants, Cliff Sims, in his 384-page tell-all, “Team of Vipers,” which goes on sale next week and was obtained in advance by The Post. The White House did not respond to a request for comment.

Sims, who enjoyed uncommon personal access to Trump, recounts expletive-filled scenes of chaos, dysfunction and duplicity among [Trump] the president, his family members and administration officials.

Unlike memoirs of other Trump officials, Sims’s book is neither a sycophantic portrayal of the president nor a blistering account written to settle scores.

The author reconstructs in comic detail the Trump team’s first day at work, when the president sat in the residence raging about news coverage of the relatively small size of his inauguration crowds, and White House press secretary Sean Spicer scrambled to address it.

Spicer had worked the team “into a frenzy,” and it fell to Sims to write the script for his first statement to the media. . . . And in their rush to satisfy the impatient [Trump] president, nobody checked the facts. Spicer, he writes, was “walking into his own execution.” . . . The book’s scenes are consistent with news reporting at the time from inside the White House.

Sims depicts Trump as deeply suspicious of his own staff. He recalls a private huddle in which he and Keith Schiller, the president’s longtime bodyguard and confidant, helped Trump draw up an enemies list with a Sharpie on White House stationery. “We’re going to get rid of all the snakes, even the bottom-feeders,” Trump told them.

Sims recounts that Kelly once confided to him in a moment of exasperation: “This is the worst [expletive] job I’ve ever had. People apparently think that I care when they write that I might be fired. If that ever happened, it would be the best day I’ve had since I walked into this place.”

As White House director of message strategy, Sims regularly met Trump at the private elevator of the residence and accompanied him to video tapings — carrying a can of Tresemmé Tres Two hair spray, extra hold, for the boss. At one such taping, about an hour after Trump had tweeted that he saw MSNBC host Mika Brzezinski “bleeding badly from a facelift,” the president sought feedback from Sims and Spicer. . . . [Trump] The president then raged about the “Morning Joe” program on which Brzezinski appears and instructed Spicer, “Don’t you dare say I watch that show.”

At times, Trump evinced less rage than a lack of interest. Sims recounts one time when Ryan was in the Oval Office explaining the ins and outs of the Republican health-care bill to [Trump] the president. As Ryan droned on for 15 minutes, Trump sipped on a glass of Diet Coke, peered out at the Rose Garden, stared aimlessly at the walls and, finally, walked out. . . . Apparently, he had had enough of Ryan’s talk. It fell to Vice President Pence to retrieve Trump and convince him to return to the Oval Office so they could continue their strategy session.

He paints Spicer, counselor Kellyanne Conway and communications adviser Mercedes Schlapp in an especially negative light, calling Conway “the American Sniper of West Wing marksmen” and describing her agenda as “survival over all others, including [Trump] the president.”

Perhaps the book’s most cinematic chapter of chaos is “The Mooch Is Loose,” a reconstruction of Anthony Scaramucci’s 11 days as White House communications director. . . . “Can you believe this guy?” [Trump] the president told Sims. “He’s completely out of his mind —

Be very afraid.
Posted by Michael-in-Norfolk at Tuesday, January 22, 2019

Of course it’s a dumpster fire. Cheeto is incapable of nothing but chaos.