Young Voters Keep Moving to the Left on Social Issues 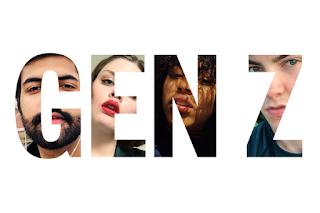 In other good news - unless one is a Christofascist or an older Republican - are findings that among the younger generations, voters are moving to the left on social issues and rejecting the ignorance and bigotry that defines the political and social right.   Better yet, even young Republicans are moving away from the dogma of their elders making it increasingly difficult for Christofascists to inflict their hate and bigotry on society.  The other good news found by the Pew Research survey is that Donald Trump is accelerating the exodus of younger generations from the GOP.  For years I have been arguing that the GOP has placed short term gain ahead of a long term strategy, hoping that disenfranchising voters and gerrymandering districts would compensate for policies viewed as toxic by growing numbers of Americans, especially the younger generations. As the older racists and religious extremist so important to the GOP die off, there simply will not be enough voters to replace them.  Here are highlights from the New York Times on the survey findings:


As a self-described political conservative, Reagan Larson might seem to be a natural fit for the Republican Party. The 19-year-old college student from South Dakota grew up in a Catholic household that objected to same-sex marriage, and she remains firmly opposed to abortion.

But in many ways, that is where the ideological similarities end. Ms. Larson, a dual major in biology and Spanish at Gustavus Adolphus College in St. Peter, Minn., does not oppose the legalization of marriage equality. She views climate change as undeniable, believes “immigrants make our country richer,” and disagrees with her parents on the need for a border wall.

Ms. Larson is part of Generation Z, one of the most ethnically diverse and progressive age groups in American history. People born after 1996 tend to espouse similar views to the age cohort just ahead of them, the Millennials, but they are far more open to social change than older generations have been, according to the findings of a new report by the Pew Research Center. The findings mark a shift that could substantially reshape the nation’s political and economic landscape.[O]nly 30 percent of Generation Z respondents said they approved of President Trump’s performance; more than half believed humans were fueling climate change; and 70 percent said they wanted the government to do more to solve the nation’s problems. Those views roughly mirror attitudes held by Millennials, and together, the two age groups may add up to a powerful voting bloc at odds with Republican orthodoxy, political scientists say.“This should be an alert to the Republican Party as they think about generational replacement,” said Elizabeth Bennion, a professor of political science at Indiana University South Bend.

Each succeeding generation of Americans tends to be more progressive than those that came before, Ms. Bennion noted, a trend that potentially poses a long-term threat to the Republican Party’s power.

“If there isn’t a will to change within the party,” she said, “it could become permanently in the minority moving forward.”

Democrats of all ages tend to align fairly closely on major social and political issues, but the report highlights a sharp generational divide among Republicans. For example, more than half of the youngest Republicans surveyed said that racial and ethnic diversity was good for American society . . . . Young Republicans are also more likely to approve of same-sex marriage and accept transgender people.

Michael Schaefer, 18, a politically conservative college freshman from Youngstown, Ohio, said he was in the sixth grade when some classmates came out as gay, and had a number of transgender students as friends in high school.  “For over half my life, I’ve been shown the other side of sexuality and gender,” he said. “I don’t care about their sex or gender, I just care about the individual.”

Contrary to conventional wisdom, Americans’ political and social views do not tend to drift to the right as they age, according to Kim Parker, who oversees research into social demographic trends at the Pew Research Center.

“The differences we see across age groups have more to do with the unique historical circumstances in which they come of age,” she said, noting that demographers have not seen a generational pattern of growing more conservative or more Republican over time.

The Republican Party has lost younger Americans like Travis Gaither, though, as it has moved farther to the right on issues like immigration, gun control and climate change.

Mr. Gaither, who grew up in Tennessee, described his parents as “typical southern white Republicans” who belong to two country clubs and are active in the Chamber of Commerce. But Mr. Gaither, 20, was chairman of the High School Democrats of Tennessee during his senior year, a political transformation fueled by his liberal social views and cemented by his outrage over Mr. Trump’s hard-line policies.

The Pew study found that two-thirds of Mr. Gaither’s generation believe, as he does, that black people are treated less fairly than whites in the United States.

Good!  Let's hope the phenomenon accelerates and that the GOP goes the way of the Whigs sooner as opposed to later.
Posted by Michael-in-Norfolk at Thursday, January 24, 2019