Why Pope Francis' Sex Abuse Summit in Rome Will Fail 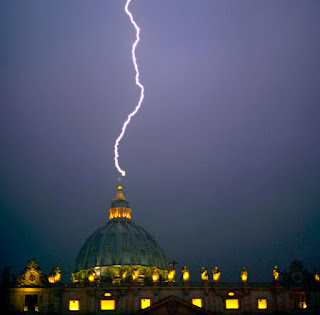 The Roman Catholic Church is in crisis in the western world, especially in the United States,  as the never ending lawsuits by victims of clerical sex abuse goes on, dioceses continue to file for bankruptcy protection, parishioners are walking away, and criminal investigations are expanding. Indeed, several high clerics have been convicted in criminal prosecutions.  Only in the undeveloped world where uneducated populations abound is the Church growing.  Hence, Pope Francis' calling of a gathering in Rome next month.  Many expect the summit to fail for various reasons, not the least of which in my view is Francis' refusal to (i) undertake a thorough house cleaning of the Vatican hierarchy and removal of numerous bishops and cardinals, and (ii) discard the Church's 12th century dogma on human sexuality.  A piece in the National Catholic Reporter (which is not controlled by the Vatican) by a long time Vatican observer lays out why the summit will fail.  Here are excerpts:

Next month's meeting in Rome, called by Pope Francis to deal with the sex abuse crisis in the Catholic Church, may well be a failure before it even starts.

The stakes for the meeting have been ratcheted up, at least for the American church, as the Pennsylvania grand jury report on clergy sex abuse has summoned up new scrutiny of the church's response, from the pews and from government officials; then, in November, the Vatican squelched a vote at the U.S. bishops' fall meeting on measures designed to hold the hierarchy accountable for not dealing with abuse. . . . According to the Vatican, the meeting will focus on three main themes: responsibility, accountability and transparency.

There are five reasons this meeting will fail.

First, four days is much too short a time to deal with such an important and complicated issue. The Vatican says the meeting will include "plenary sessions, working groups, moments of common prayer and listening to testimonies, a penitential liturgy and a final Eucharistic celebration." . . . To think that the February meeting can accomplish anything in such a short time is not supported by experience.

Second, the expectations for this meeting are so high that it will be impossible to measure up. . . . In addition, having sidelined the efforts of U.S. bishops in November, the meeting must come up with a way to hold bishops accountable, or it will make the excuse look unwarranted and phony.

Third, a strength of this meeting is that it will include presidents of episcopal conferences from all over the world. These are some of the most important bishops from their countries. But the cultures and legal systems of the participants vary tremendously, which will make agreement on policies and procedures difficult.

Many bishops in the Global South do not believe that sex abuse of minors is a problem in their countries. . . . This is in part because many Global South bishops have no idea how bad the problem is. In their traditional cultures, victims of abuse are very reluctant to come forward to report the abuse to the church or civil authorities.  As a result, too many bishops around the world are making the same mistakes that the U.S. bishops made.

Fourth, as far as can be seen at present, the meeting is not well-prepared. . . . This meeting, on the other hand, was only announced by the pope in September, and the committee created to organize it was not appointed until the end of November. The committee's first communication with the meeting's participants was in the middle of December, which gave the bishops until Jan. 15 to send in their response to a questionnaire enclosed with the letter.

Nonetheless, the meeting will also fail because, in order to succeed, Francis will have to lay down the law and simply tell the bishops what to do, rather than consulting with them. He'll have to present a solution to the crisis and tell them to go home and implement it.  Francis will not do that. He does not see himself as the CEO of the Catholic Church.

Francis appears to believe that the current laws are sufficient but need to be enforced. His goal, then, will be to get the bishops on board, not come up with new solutions. This is important, but it will not satisfy those wanting accountability structures to punish bishops who do not do their jobs. . . . Francis may pull it off, but I fear that when the meeting is over, it will only be seen as a small step forward in an effort that is going to take years.

Expect the exodus from the Church in the developed world to continue, especially among the younger generations, and be prepared for more horrific bombshells like the Pennsylvania grand jury report that came out last year.

"Many bishops in the Global South do not believe that sex abuse of minors is a problem in their countries. . . . This is in part because many Global South bishops have no idea how bad the problem is. " And it would not be surprising if in part some may be very much aware.