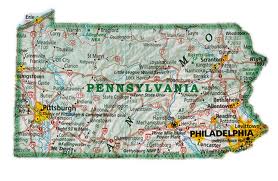 The Republican Party is nearing extinction in California.  The 2018 midterms saw a GOP bloodbath in Pennsylvania that could block Donald Trump 2020 reelection prospects, assuming he survives in office to rum for reelection. Within the state GOP, individuals are pointing fingers at each other yet the real problem for the GOP in Pennsylvania is likely Trump himself who had huge negative coattails in 2018. The intra-party infighting also ignores the reality that as the GOP message has become more racist and extreme, supporters have become alienated and are dwindling and it may be impossible to stop a further implosion.  Add Trump's never ending lies and 2020 could see further losses.  A piece in Politico looks at the GOP civil war and the - in my view, wonderful  - danger it poses for Trump. Here are highlights:


A GOP implosion in Pennsylvania has Republicans alarmed about President Donald Trump's reelection prospects in a state that proved essential to his 2016 victory.

The enfeebled state party — still reeling after a devastating midterm election where Republicans lost three congressional seats and whiffed gubernatorial and Senate races by double digits — is tangled in a power struggle messy enough to capture the attention of the White House.

The chaos threatens [Trump's] the president’s chances in a state where there’s no room for error. Trump, the first Republican presidential nominee to carry the state since 1988, won by less than a percentage point.

“He has to win Pennsylvania in order to win the presidency,” said Republican Rep. Ryan Costello, a one-time rising star from the Philadelphia suburbs who is retiring from Congress after just two terms. “And I don’t think he’s the favorite to win against a generic Democrat.”

GOP Rep. Lou Barletta, who tied himself closely to the president, lost by nearly 700,000 votes in his challenge to Democratic Sen. Bob Casey. The result in the governor’s race was even worse: Republican Scott Wagner lost by more than 800,000 votes.

The bleeding has led a faction of Republicans to point their fingers at the state party chairman: Val DiGiorgio, who hails from populous and increasingly Democratic southeastern Pennsylvania. . . . DiGiorgio’s supporters argue that he did everything he could in a year that was devastating for Republicans across the country, and that his critics are merely bitter after backing his opponent in the 2017 election for state party leader.

The Republican State Committee of Pennsylvania only has $94,000 on hand, according to campaign finance reports — almost $1 million less than the party had at the same point four years ago. The party’s headquarters staff has shrunk from between 16 employees in 2014, according to the previous chairman, to seven.

To some Republicans, especially those who lost reelection in November, Trump himself is largely responsible for the GOP’s shellacking in Pennsylvania.

Costello, who has been critical of the president, said the GOP’s double-digit losses in the state House in Harrisburg are “probably the best example of reverse coattails” this year.

“You’re talking about well-liked, experienced state representatives who worked their districts well and lost,” he said. “And they lost because people were just disgusted with Republicans.”

[T]he last thing Republicans need in 2020 in a must-win state for Trump is a civil war.  “The only Republican who’s won Pennsylvania twice in the last 60 years-plus was Ronald Reagan,” said Gerow. “A divided party won’t prevail.”

Let's hope the troubles of the Pennsylvania GOP continue and intensify.  :)
Posted by Michael-in-Norfolk at Monday, December 17, 2018