At a Crossroads for Republican "Friends" 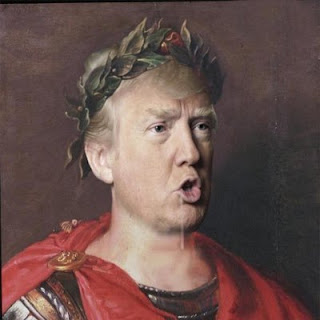 Back in September of this year, the New York Times ran an op-ed allegedly authored by an anonymous insider at the Trump White House who sought to justify his collusion with a dangerous and malignant occupant as a form of "resistance" and effort to basically protect the nation from Trump's worse impulses and excesses.  Stated another way, the author tried to convince readers that he/she had not thrown away all morality and decency despite the appearances of having made a pact with the devil.  Fast forward three months and the chaos and corruption at 1600 Pennsylvania Avenue has only intensified with the stock market having its worse December since the midst of the Great Depression, military decisions being made that appear to be huge gifts to Russia under the ruse of bringing the troops home, and acts of criminality circling closer and closer to direct connections Trump. An editorial in today's New York Times responds to the anonymous author of the September op-ed which challenges the pretense that unknown author presented.  By extension, the challenge extends to every one of my Republican "friends" who voted for Trump: are you going to stand for morality, decency and the rule of law or will you stand with Trump.  You simply cannot have it both ways and, yes, you will be judged by how you decide.  Here are highlights from today's column:

In September, you acknowledged that you were a member of the “quiet resistance” within Donald Trump’s administration. You told us that you and others were “working diligently” to “frustrate parts of his agenda and his worst inclinations.” You said that while you agreed with many of the president’s policies, you were appalled by the president’s amorality, his chaotic management, his “repetitive rants,” his fondness for dictators.

You also believed that your efforts to resist Trump were often successful. On foreign policy, you noted, the administration’s policies were far more sober and serious than the president’s reckless rhetoric.

You were wrong. This week proves it. Assuming you haven’t departed the administration already, now would be the time for you to go. Ditto for all of your fellow “resisters.”

This is the central lesson of James Mattis’s stunning resignation on Thursday. . . . But Mattis is the highest-ranking cabinet member to resign over differences of policy and principle since Cyrus Vance quit the State Department in 1980 after Jimmy Carter’s Desert One fiasco. He is the only defense secretary to leave this way since the position was created in 1947.
Mattis resigned because he no longer shares your analysis. He no longer believes he can be a steadying or blocking force in the councils of government because it isn’t clear there are “councils of government.” A president who sticks it to his own team while sticking with a foreign strongman is not worth sticking by.

Mattis also resigned because he has concluded that the problem with Trump isn’t that he’s an empty vessel. It’s that he’s a malignant one.

Here was the fundamental mistake in your view of Trump: You thought he could be handled. You thought of him as a child who simply needed to be kept away from dangerous toys, as former economic adviser Gary Cohn did when he removed a letter from the president’s desk ordering the end of the Korea-U.S. free trade agreement.

But our Commodus-in-Chief isn’t just an irascible buffoon whose worst impulses can be confined to Twitter but whose policy instincts largely align with yours. Trump thinks of himself as a man of ideas. Withdrawal from Syria, along with partial withdrawal from Afghanistan, is consonant with the quasi-isolationism he’s preached for decades. He is sympathetic to Erdogan, as he is to other tyrants, because he is indifferent to considerations of human rights and civil liberties.

The Trump Doctrine is the doctrine of unaccountability. It’s also the doctrine of dishonor. And this is what should most concern you and whatever is left of your in-house resistance. The United States is about to abandon our allies to the tender mercies of thugs. We are breaking our word to those who helped us decimate the Islamic State. We are standing aside so that Erdogan, Bashar al-Assad, Vladimir Putin, and the Taliban can roll in, and ISIS can fight on.

Until now, you may have convinced yourself that real honor lay in putting up with it — with the craziness of your boss and the disdain of your neighbors — because the good of the country (as you see it) demanded it. And until now, you had Mattis to serve as your role model.

But Mattis is going. And the argument can no longer be sustained. If Trump is capable of doing this to Mattis, what’s to keep him from soiling your carpet, too? And even if he never gets to it, you must know by now that you are no longer keeping a bad thing from getting worse. All you are doing is disguising how bad it is, thereby helping it to become worse.

Trump will never have trouble surrounding himself with ambitious and unscrupulous flunkies. Do you want that to describe you? Get out while you still can, whoever you are.

For Fox News readers, Commodus was a Roman emperor who was assassinated in no small part due to his megalomania and increasingly tyrannical rule.  Upon his death, the Senate declared him a public enemy and all statutes of him were destroyed.

Posted by Michael-in-Norfolk at Saturday, December 22, 2018