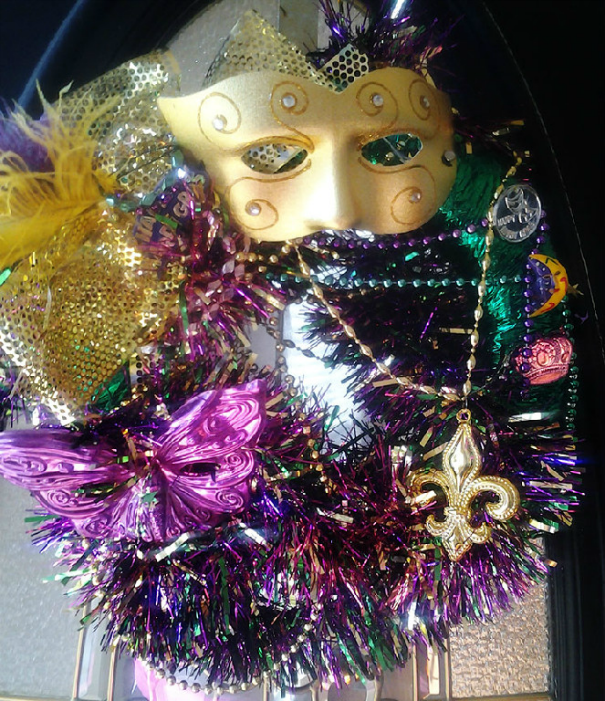 Right now it's a fun time to be in Mobile, Alabama - gay marriages have commenced and this coming Tuesday is Mardi Gras.   It is the height of the Mardi Gras season.  When I lived in Alabama, the Mardi Gras season was perhaps the most interesting and social time of year and, through the law firm I belonged to, we went to many of the balls.  One favorite was the Dominao Ball at the Athelstan Club where I was a member and, were I still in Mobile, we'd likely be headed to the Mystics of Time Ball tonight, and Infant Mystics Ball on Monday night (a full schedule of the many balls is here).  Tomorrow is Joe Cain Day and is part of the story behind the term "raising Cain."

Behind this fun and revelry, however, there remains a deep sickness particularly outside of the Catholic dominated Gulf coast part of the state.  The sickness?  The embrace of religious based ignorance especially among Baptists and evangelical Christians.  The Mobile Press Register ran an op-ed yesterday by a Baptist minister that crystallizes the ignorance and bigotry that continues to poison Alabama and much of the Deep South.  In the op-ed, Pastor Morris ignores all modern scientific knowledge, ignores the reality that polygamy was the normative form of marriage in the Old Testament, and more or less demonstrates why decent people need to make folks like Morris social pariahs and call them out for their ignorance.  Here are snippets of the batshitery that Morris thinks constitute a reasoned argument against gay marriage:

[M]arriage between one man and one woman is the Biblical mandate for the family.  (Genesis 2:21-24) God not only ordained marriage but performed the first marriage when He brought Eve to Adam. . . . . He did not bring a man to Adam but a woman.  Homosexuality is wrong in the sight of God as is indicated in numerous passages in the Bible.  You may not agree with how God established marriage but there is no doubt about marriage between one man and one woman as being the mandate God established, historically, from the beginning.

The problem for Morris, of course is that the human genome project has confirmed that Adam and Eve never existed. NEVER.    Like most Southern Baptist, Morris cannot accept this truth because it causes the entire Christian story line to collapse.  If there's no Adam and Eve, there's no "Fall" and hence no need for a Messiah.   Then there's also the problem of Morris' reliance on the Bible which in terms of the Old Testament was the work of wandering goat herders who were less than knowledgeable sources on the origin of the planet and mankind.  But Morris' batshitery continues and ignores much of the Bible:

Never mind that as noted in other posts, in the Old Testament polygamy was the norm.  Morris utterly ignores King Solomon's huge number of wives not to mention concubines.  In short, Morris engages in the all too typical hypocrisy of "godly Christians" and picks and chooses what he wants from the Bible as if he's making selections from column A and column B in a Chinese menu.  And then Morris enages in one of the biggest lies of the Christofascits:

The right side of history records the fact that of all the great civilizations that rose to power and fell many did so because of a deterioration of family values.  Included in that collapse is the history that there was a breakdown in the family as the cornerstone of society.  Rome was one of the most powerful empires to ever exist.

Morris conveniently ignores that many historians - as opposed to snake oil merchant pastors - blame the rise of CHRISTIANITY and its undermining of the imperial order as perhaps one of the largest reasons Rome feel.  But who cares about facts when one's a charlatan pastor fleecing the gullible.

The real problem in Alabama is that cretins and shysters like Morris are still afforded deference and respect.  They need to be shunned and laughed out of polite and educated society.  Airbus Industries is building a huge plant in Mobile, but an improved economy will not bring Alabama into the 21st century.  That will only happen when politicians cease prostituting themselves to the likes of Morris and when an educated populace look on folks like Morris with disdain.  That day cannot come soon enough.

Posted by Michael-in-Norfolk at Saturday, February 14, 2015