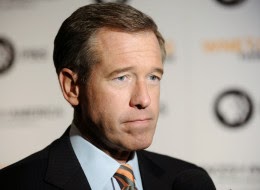 Huffington Post is now reporting that NBC anchor Brian Williams has been suspended without pay for six (6) months for embellishing events from his past experiences as a reporter, most recently about events in 2003 while reporting from Iraq.   The statement released by NBC reads in part as follows:

By his actions, Brian has jeopardized the trust millions of Americans place in NBC News. His actions are inexcusable and this suspension is severe and appropriate. Brian’s life’s work is delivering the news. I know Brian loves his country, NBC News and his colleagues. He deserves a second chance and we are rooting for him. Brian has shared his deep remorse with me and he is committed to winning back everyone’s trust.”

My question is this: if Williams jeopardized the trust of millions of Americans, should not the same standard apply to Congressional Republicans who have sworn to uphold the Constitution of the United States?  Through deliberate lies, policies that make a mockery of the Constitution and rights of many Americans, six month suspension without pay for Congressional Republicans seems, if anything, too light.   Seriously, pause and think about the batshitery of Ted Cruz as but one example.  Shouldn't members of Congress be held to a higher standard than news anchors?

Posted by Michael-in-Norfolk at Tuesday, February 10, 2015