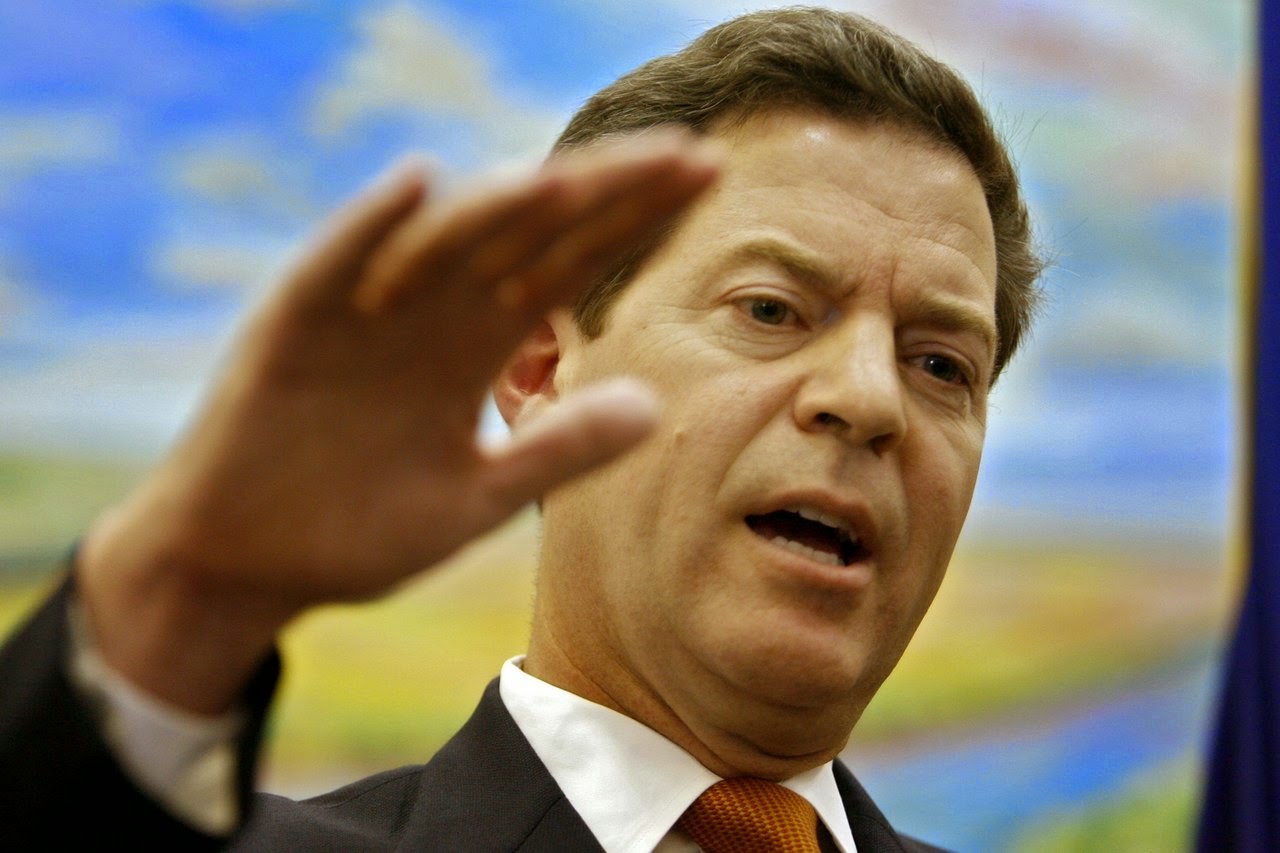 The anti-gay jihad of the Republican Party is not limited to Virginia or Alabama (where Republicans seem set on reprising George Wallace's ugly history).  After having largely destroyed Kansas' economy with GOP voodoo economics and tax cuts for the rich and corporations, Republican Governor Sam Brownback - a Neanderthal if there ever was one - has eliminated LGBT nondiscrimination protections.  Not content with destroying the state's finances, Brownback now wants to make it less competitive in the world marketplace as well.  Here are excerpts from a piece in Slate:

Kansas Governor Sam Brownback rolled back legal protections on Monday that protected state workers from being discriminated against in the workplace on the basis of sexual orientation or gender identity. The Republican rescinded a 2007 executive order issued by his predecessor, Democratic Gov. Kathleen Sebelius, that specifically barred discrimination against gay and transgender workers.

“In a statement announcing the order, Brownback said the measure is meant to guarantee all Kansans enjoy the same civil rights, without creating new protected classes,” WIBW reports. “Any such expansion of ‘protected classes’ should be done by the legislature and not through unilateral action," Brownback said in a statement. . . . . such an expansion is unlikely from the Republican-dominated Legislature.”

Posted by Michael-in-Norfolk at Wednesday, February 11, 2015

Jon Stewart suggests that given the most common definition of Santorum, a comparable definition be given to Brownback, whose name is already suggestive of a definition.