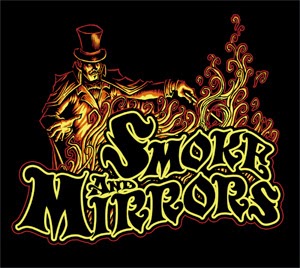 Of late one hears more and more about Republicans who allegedly want reform - so-called Reformicons - and claim to be concerned about the GOP war on the middle class.  Among these would be reformers - I see them more as snake oil merchants looking to dupe the naive - is, of course, Jeb Bush.  While some of these folks talk a good game, the reality of what they want and/or their ability to deliver are vastly exaggerated.  A piece in Salon looks at this phenomenon.  Here are excerpts:


I’m a fan of Edsall’s work, and he’s probably forgotten more about American politics and journalism than I’ll ever know. Still, the reality is that his reformicon profile, while being far from the worst of an already voluminous genre (a distinction that goes to Sam Tanehaus’ piece from last summer) suffers from the same mistakes as nearly all of the rest. It exaggerates the reformicons’ influence, it minimizes their conservative orthodoxy, and it ignores the fact that they lack the one crucial element of any successful political reform movement: a dedicated constituency.

I’ve said it once before but it bears repeating: There is much less to the reformicon project than meets the eye. It’s the Potemkin village of political movements.

[E]arly indicators suggest that the GOP plan for combating inequality will be to promote the same supply-side nostrums they’ve peddled since 1980 — but to do it while saying the word “opportunity” a bunch. But as George W. Bush proved in 2000, a candidate can absolutely lie his ass off and still win.

The biggest problem with the rosy view of the reformicons, though, can be seen in a reply from National Review’s Ramesh Ponnuru, who is one of the more prominent reformicons. As Jonathan Chait has correctly noted before, the reformicons are in the awkward position of wanting to change their party but being unable to do so through the usual means: by engaging in and winning a political fight. . . . the reformicons have no real popular base or influential constituency. The evangelical Christians, the Tea Party pseudo-libertarians, the hawks in the military industrial complex, the billionaire donors like the Kochs; none of the relevant, powerful interests within the party particularly care if the tax credit for children is expanded. Indeed, as Edsall’s piece notes, many of the current stakeholders in the party are not just indifferent to but in active opposition to the few new ideas the reformicons have.

The American public needs to not be fooled by this latest version of smoke and mirrors being trotted out by some in the GOP.  NOTHING has really changed.  And nothing will change in the GOP until it stops prostituting itself to Christofascists, white supremacists and vulture capitalists like the Koch brothers.
Posted by Michael-in-Norfolk at Thursday, February 12, 2015