TLC Facing Backlash Over " My Husband’s Not Gay" 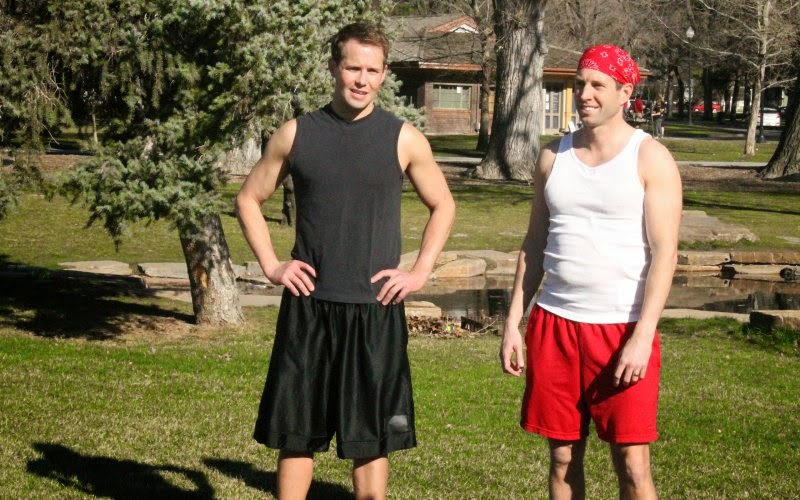 Despite all of the medical and mental health association findings that efforts to suppress or change sexual orientation through "ex-gay" therapy - usually offered through witch doctor like "ministries" or unethical therapists - TLC has launched a new reality special My Husband’s Not Gay, which showcases Mormon men who are open about their attraction to men even as they date and sometimes marry women.  Apparently, TLC cares nothing about the harm being done to these men or their families in instances where they marry.   I was in the closet for 37 years, tried desperately to "pray away the gay" and finally could do it no longer and had two suicide attempts along the way (thus, I know of what I speak).   A piece in Psychiatric Times quantifies the increased suicide risk to LGBT individuals which is exacerbated by efforts to "be straight":

There is strong evidence of elevated rates of suicide attempts in sexual minorities. Lifetime suicide attempts, on average, are 4-fold higher in gay and bisexual men, and twice as high in lesbian and bisexual women, compared with heterosexuals. Among adolescents, those who are LGB report making a lifetime suicide attempt at 3 times the rate of heterosexual youths. Moreover, LGB youths report 4 times as many medically serious attempts. Recent research suggests adolescent suicide risk is more strongly associated with LGB identity than with same-sex sexual behavior and is higher in behaviorally bisexual youths than in those with exclusively same-sex sexual behavior.

In short, religious traditions that pressure gays to "change" and TLC by not condemning  such programs add to the potential suicide rate of LGBT individuals.  A piece in The Daily Beast looks further at TLC's show an the Mormon Church which pressures gays to enter into doomed to fail heterosexual marriages.  Here are highlights:

The trailer for the special depicts clean-cut Mormon men ice-skating with their wives and girlfriends as their individual voiceovers slowly reveal a shared secret.  “I’m attracted to my wife for sure,” says one, “And I’m definitely attracted to men, too.” “I want to marry a woman but I don’t know how to work out these feelings,” adds another.

After the release of the trailer for the special last week, TLC received a requisite and perhaps well-deserved tongue-lashing. Mary Elizabeth Williams of Salon labels the show a “crass stunt” on a “bottom-feeding vortex of sadness network.”

Across the board, My Husband’s Not Gay has been cited as a new low for both the network and the stubbornly homophobic Mormon religion.

Although the Mormon Church, as it is commonly known, has long opposed homosexuality—most notably playing an influential role in California’s since-overturned 2008 ban on same-sex marriage—its official stance toward its own gay members has softened over the years. But the plight of the men on My Husband’s Not Gay demonstrates that Mormonism is not changing quickly enough to prevent another generation of sham marriages.

Although homosexuality has technically been verboten since the start of the religion, Quinn presents evidence that it wasn’t until the McCarthy era that Mormon leaders began to crack down on homosexuality. Under the leadership of Spencer W. Kimball, then an apostle in the church’s ranks, Mormon officials began to treat “unrepentant” homosexuality as an excommunicable offense. It was also during Kimball’s tenure that researchers at the church-owned Brigham Young University (BYU) reportedly began conducting electroshock aversion therapy on gay male students.

Church leaders were adamant that homosexuality was not inborn and that heterosexual marriage was its chief cure.

The men that TLC will showcase in January are caught in a religion that simultaneously tells them that God loves them despite their “challenge” while also refusing to shut the door completely on the tantalizing possibility of full cultural acceptance within the faith.

From the outside, then, we might shame the men of My Husband’s Not Gay for not accepting who they are but within the context of the Mormon faith, we can hardly expect them to. The American Psychological Association may have closed the book on conversion therapy in 2009 but many gay Mormons, led on by equivocating statements from leaders like Oaks, are still hoping that they can change and eventually marry.

The women who date and marry gay Mormon men are likewise victims of a religion that tacitly encourages heterosexual marriage at almost any cost. If the women on My Husband’s Not Gay fare similarly to the previous generation of Mormon cross-orientation marriages studied by University of North Florida sociologist Richard Phillips, they are likely to feel “unattractive” as a result of their spouses’ disinterest. D. Michael Quinn adds that, in the past, Mormon women married to gay Mormon men experienced “a consistent pattern of despair and self-loathing at their inability to achieve reciprocal intimacy.”

The Mormon Church may have traded electrodes for euphemism and excommunications for loving leaflets but in so doing, they have also created a culture in which members cannot even admit to themselves that they are who they are. My Husband’s Not Gay is not so much a straightforward indication that Mormonism is homophobic as it is a sign that Mormon homophobia has taken an even subtler and perhaps more pernicious turn.

Let's be clear on one thing - the Mormon Church isn't alone in continuing the lie that gays can change.  Fundamentalist and evangelical Christian denominations continue the lie as does the official line of the Vatican.  And as I have noted before, none of the "godly folk" give a damn about the straight spouses trapped in such marriages or the upheaval that may be experienced by the children of these "mixed marriages."  Rather, it all efforts are focused on avoiding the reality that the Bible is wrong about homosexuality, a reality that then causes the entire faith construct of these selfish, self-centered folks to begin to collapse.
Posted by Michael-in-Norfolk at Monday, January 05, 2015