The GOP on the Brink - Can Crisis Be Avoided 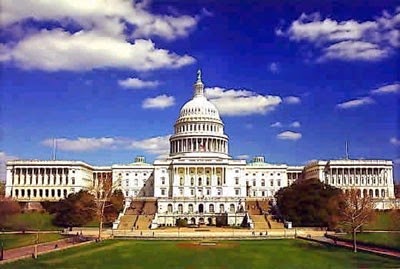 As noted in a post yesterday, as the GOP takes control of both houses of Congress, a number of looming "cliffs" exist and it is questionable whether or not Messrs. McConnell and Boehner can keep the lunatic, reality denying elements of the Republican Party reined in sufficiently to avoid a crisis on one or more issues.  A piece in Slate looks at the likelihood of a crisis soon ensuing.  Here are highlights:

For the first time since 2006, Republicans have control of the Senate. And what’s their goal for the next two years, ahead of the presidential election? To govern like a sensible party. “I don’t want the American people to think that if they add a Republican president to a Republican Congress, that’s going to be a scary outcome,” said new Majority Leader Mitch McConnell in a pre-holiday interview with the Washington Post. “I want the American people to be comfortable with the fact that the Republican House and Senate is a responsible, right-of-center, governing majority.”

That may be a tall order. The last time Republicans had political momentum, after the 2010 elections, they plunged the United States into a year of crisis governance, including a threat to default on the debt if they didn’t get concessions on spending cuts. The hit to the GOP’s popularity was enormous, and it played a part in the 2012 presidential election, where President Obama ran against the Republican-controlled House and its dysfunction.

House Speaker John Boehner’s caucus was, and remains, an unwieldy beast of deal-making Republicans and conservative true believers. Yes, McConnell’s Senate has its share of the latter, but he doesn’t seem to face the same internal dissent as Boehner . .

{T]he present Senate has a healthy number of Republicans who represent Democratic states, who—ahead of an election year—have a vested interest in working with the opposition. Boehner risks rebellion when he defies the majority of his majority. McConnell doesn’t, at least not to the same extent.


For McConnell, this calculation is complicated by the composition of his majority. The 114th Congress brings a gaggle of new conservative senators on top of the existing bunch. In addition to Sen. Ted Cruz of Texas, who played Pied Piper to House Republicans during the 2013 shutdown drama, there’s now Sens. Tom Cotton of Arkansas, Joni Ernst of Iowa, and Ben Sasse of Nebraska, all of whom fall on the right wing of the Republican Party. You could also add Sens. Cory Garnder of Colorado and Thom Tillis of North Carolina to that list, given their previous careers as right-wing congressman and right-wing state house speaker, respectively.


[T]he White House has promised a whole host of executive actions for 2015. Will conservatives react with calm? Or will they forgo a tactical approach for, as Sargent says, “maximum confrontation?”
A constructive Republican Congress might be good for our democracy, but an obstructionist one—that rallies the base and builds enthusiasm—might be better politics.

Posted by Michael-in-Norfolk at Tuesday, January 06, 2015