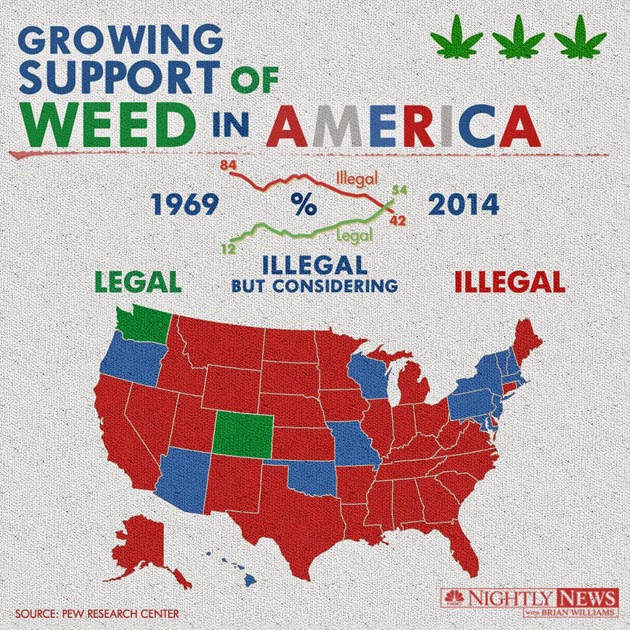 I do not go to criminal court very often - when I do go, its usually for a commercial client with a with some city code summons - but when I do, one sees numerous cases of individuals (mostly young) before the court on marijuana charges, usually for possession of small quantities of pot.  The majority get some kind of criminal sentence, especially young black males and have their records ruined for life.  It's beyond ridiculous and has consequences far beyond the nature of the offense.  Meanwhile, Virginia politicians and big wigs commit far worse moral crimes and get off Scott free.  A new poll indicates that a majority of Virginians see the ridiculousness of criminalizing marijuana and support its decriminalization.  One can already hear the shrieks and moans coming from The Family Foundation and other far right groups in the state who want all Virginians to lead lives as miserable as their own.  Here are excerpts from the Richmond Times Dispatch on the poll findings:

Three out of five Virginians surveyed support removing criminal penalties for possessing up to an ounce of pot and three out of four back medical marijuana use for seriously or terminally ill patients, according to a survey released Tuesday by an advocacy group.
Forty-nine percent polled support legalizing marijuana for adults and regulating it similarly to alcohol.

“Most voters do not support laws that saddle people with criminal penalties just for possessing a small amount of marijuana,” said Rachelle Yeung, a legislative analyst for the Marijuana Policy Project. “These antiquated prohibition laws are causing far more problems than they solve.”

The survey by Public Policy Polling found that 60 percent of voters questioned say the criminal penalties for possession of up an an ounce should be replaced with a $100 fine with no possibility of jail time. The offense currently is punishable by up to 30 days in jail and a fine of up to $500.

Sixty-four percent said they would be more likely to vote for a legislator who supported the change.


Posted by Michael-in-Norfolk at Wednesday, January 07, 2015