The Poison of Fundamentalist Religion 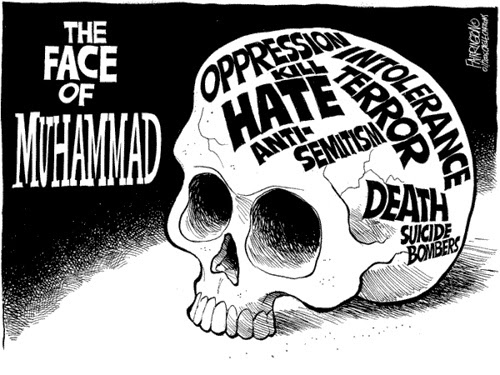 A piece in the Washington Post looks at the one of the suspected killers in the massacre in Paris and the image that emerges is that of a loser who finally succumbed to the influence of a radical Islamic preacher and allowed himself to become radicalized.  Rather than blame himself for his failings, he came to believe western society was the culprit behind his failure in life.  Anything rather than admit he himself and his own bad choices might be responsible for his seemingly dead end life.  The mindset reminds me of the professional "ex-gays" - most of whom in my opinion seem to have been drug users and losers in general - before they "found religion" and latched onto the ex-gay game to find purpose and, most importantly, respectability at least in limited circles.

I compare Chérif Kouachi with professional ex-gays because in both cases the embrace of fundamentalist religion was their solution to failed lives.  What is most striking to me about Islam is that it once supported a culture that valued knowledge and learning until the fundamentalist strain grew and dragged Islamic culture backwards in time.  Much as Christianity led to the Dark Ages in Europe and the loss of knowledge that had spread across the Greco-Roman world.  Indeed, it was the Muslim societies that preserved knowledge during Europe's descent into ignorance and kept learning alive until Europe began to rise again during the Renaissance.

Again, I can only believe that a world free of all religion would be a better place for mankind.  If we want to end human rights abuses across the globe, a first step is eliminating fundamentalist religion.
Posted by Michael-in-Norfolk at Thursday, January 08, 2015