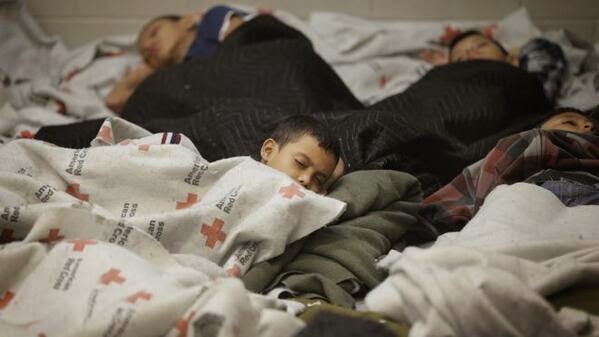 Why do I state "Tea Party/Christian Extremists" in the title to this post?  Because 85% or more of the Tea Party crowd identify themselves as "conservative Christians."  Just as these people have turned the Republican Party into something ugly, so too have they transformed Christianity into something that is increasingly the antithesis of the Gospel message.   The New Civil Rights Movement looks at the protests by the "real Americans" who care nothing about poor and unfortunate children.  These people truly seem unable to see the humanity of others.  Here are highlights:

Chanting "USA! USA! USA!," "go home!," "deport!" and "impeach Obama!," about 150 Tea Party extremists, who call themselves "patriots" and claim to represent all Americans, yesterday did what they did best: they waved the American flag, held misspelled signs, and protested three buses of young undocumented children who were headed for a federal processing facility. No doubt the children, most of whom are here without parents or other family members, must have been hungry and terrified. But these "pro-family" protestors told reporters they won a "victory," comparing it to "Omaha Beach."

The epicenter of yesterday's Tea Party protests and illegal action against federal agents and the 140 young children was the California town of Murrieta. Mayor Alan Long actually told residents to protest -- and they did. The children were to be processed, given physical exams, and readied for deportation. Some were to be temporarily released into families willing to take them while awaiting deportation hearings.

The children are being housed, sleeping literally head to toe, side by side, with barely room to even turn over:

Ultimately, the buses were forced from Murrieta and headed for a federal facility in San Ysidro.

These people literally sicken me. 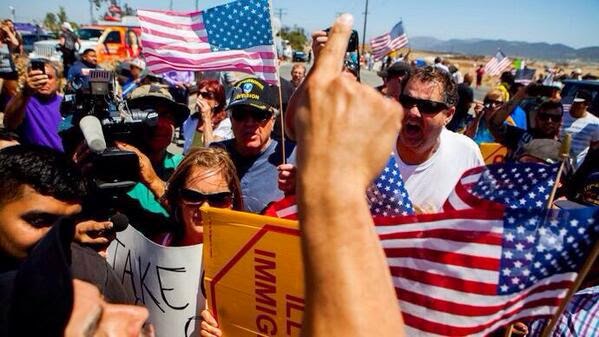