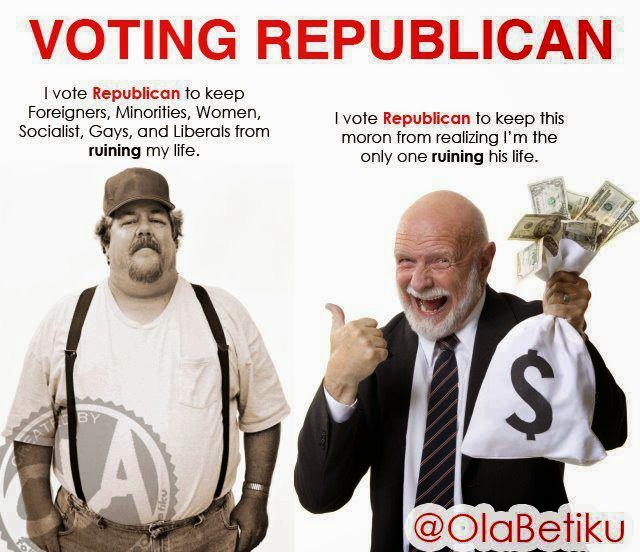 It seems that no matter what happens, the Republican "magic bullet" for everything is to slash tax rates and take the nation to war so that profiteers like Halliburton cane gouge the American public.  Among the GOP controlled red states is Kansas where the GOP controlled legislature pushed through massive tax cuts yet, contrary to Republican myth making, the economy did not wondrously improve.  Instead, the economy is depressed and the state is facing a massive budget debt.  A column in the New York Times looks at what Kansas ought to teach the rest of the country especially when we hear the same old gospel of tax cuts from Republicans in Congress.  Here are column highlights:

Two years ago Kansas embarked on a remarkable fiscal experiment: It sharply slashed income taxes without any clear idea of what would replace the lost revenue. Sam Brownback, the governor, proposed the legislation — in percentage terms, the largest tax cut in one year any state has ever enacted — in close consultation with the economist Arthur Laffer. And Mr. Brownback predicted that the cuts would jump-start an economic boom — “Look out, Texas,” he proclaimed.

But Kansas isn’t booming — in fact, its economy is lagging both neighboring states and America as a whole. Meanwhile, the state’s budget has plunged deep into deficit, provoking a Moody’s downgrade of its debt.

There’s an important lesson here — but it’s not what you think. Yes, the Kansas debacle shows that tax cuts don’t have magical powers, but we already knew that. The real lesson from Kansas is the enduring power of bad ideas, as long as those ideas serve the interests of the right people.

Why, after all, should anyone believe at this late date in supply-side economics, which claims that tax cuts boost the economy so much that they largely if not entirely pay for themselves? The doctrine crashed and burned two decades ago, when just about everyone on the right — after claiming, speciously, that the economy’s performance under Ronald Reagan validated their doctrine — went on to predict that Bill Clinton’s tax hike on the wealthy would cause a recession if not an outright depression. What actually happened was a spectacular economic expansion.

So how did the charlatans and cranks end up dictating policy in Kansas, and to a more limited extent in other states? Follow the money.

For the Brownback tax cuts didn’t emerge out of thin air. They closely followed a blueprint laid out by the American Legislative Exchange Council, or ALEC, which has also supported a series of economic studies purporting to show that tax cuts for corporations and the wealthy will promote rapid economic growth. The studies are embarrassingly bad


And what is ALEC? It’s a secretive group, financed by major corporations, that drafts model legislation for conservative state-level politicians. Ed Pilkington of The Guardian, who acquired a number of leaked ALEC documents, describes it as “almost a dating service between politicians at the state level, local elected politicians, and many of America’s biggest companies.” And most of ALEC’s efforts are directed, not surprisingly, at privatization, deregulation, and tax cuts for corporations and the wealthy.

But how can you justify enriching the already wealthy while making life harder for those struggling to get by? The answer is, you need an economic theory claiming that such a policy is the key to prosperity for all. So supply-side economics fills a need backed by lots of money, and the fact that it keeps failing doesn’t matter. . . . . it’s about finding reasons to give powerful interests what they want.

Sadly, the cretins of the GOP base just don't get it that they policies they support are the ones that are screwing them over.
Posted by Michael-in-Norfolk at Monday, June 30, 2014