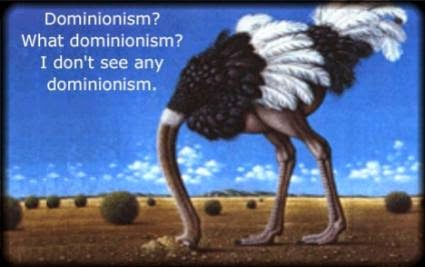 Showing the utter lie of the majority's "narrow" ruling in the Hobby Lobby case, the same all male majority expanded that ruling's scope by ordering lower courts to rehear any cases where companies had sought to deny coverage for any type of contraception, not just the specific types Hobby Lobby was opposed to.  As stated before, the thrust of the majority ruling in Hobby Lobby is the granting of special rights to Christofascists and granting one set of religious beliefs above all others.  The ruling is a desecration of the concept of religious freedom set forth in the First Amendment to the U.S. Constitution.  Mother Jones looks at the out right lie contained in Justice Alito's majority opinion.  A quote at Joe My God lays out how the Christofascist will be gunning for LGBT anti-discrimination laws next.  First these highlights from Mother Jones:

Less than a day after the United States Supreme Court issued its divisive ruling on Burwell v. Hobby Lobby, it has already begun to toss aside the supposedly narrow interpretation of the decision. On Tuesday, the Supremes ordered lower courts to rehear any cases where companies had sought to deny coverage for any type of contraception, not just the specific types Hobby Lobby was opposed to.

The science was against Hobby Lobby—these contraceptives do not prevent implantation of a fertilized egg and are not considered abortifacients in the medical world—but the conservative majority bought Hobby Lobby's argument that it should be exempted from the law.

Justice Samuel Alito, who wrote the the 5-4 opinion, used numerous qualifiers in an attempt to limit its scope, but a series of orders released by the court Tuesday contradict any narrow interpretation of the ruling.

The court vacated two decisions by the US Court of Appeals for the Sixth Circuit—Autocam Corp. v. Burwell and Eden Foods v. Burwell—and commanded the appeals court to rehear the cases in light of the Hobby Lobby decision. In both instances the Sixth Circuit had rejected requests from Catholic-owned businesses that sought to exempt the companies from offering insurance that covered any of the 20 mandated forms of birth control. The Supreme Court also compelled the US Court of Appeals for the District of Columbia to reopen a similar case, Gilardi v. Department of Health & Human Services. "With Tuesday's orders," wrote The Nation's Zoë Carpenter, "the conservative majority has effectively endorsed the idea that religious objections to insurance that covers any form of preventative healthcare for women have merit."

Justice Ruth Bader Ginsburg predicted this outcome in her dissent, noting that the logic of Alito's decision went far beyond the limited scope he initially claimed. "The court, I fear, has ventured into a minefield," Ginsburg wrote.

What could these rulings mean for LGBT non-discrimination protections?  Matt Foreman makes a frightening prediction via Joe My God:

"Hobby Lobby dramatically escalates the harm that will be caused if President Obama succumbs to growing pressure from religious and anti-gay forces and (with implicit or explicit approval from HRC) puts an ENDA-like religious exemption in the promised Executive Order (EO) to prohibit anti-LGBT discrimination by federal contractors. While largely under the radar, this is, in fact, a crisis situation.

"Such an exemption would have been bad enough before Hobby Lobby, but the decision makes it even more deadly. The Hobby Lobby majority said the decision shouldn't be read to undermine employment nondiscrimination laws. BUT if the EO contains the ENDA exemption, there's nothing to stop the reasoning in Hobby Lobby from having full force and effect in justifying anti-LGBT discrimination by federal contractors - pushing the door even more widely open for discrimination against our people for essentially any reason whatsoever.

"The only acceptable religious exemption is the one long-contained in Title VII. Anything else can spell disaster for years to come, including profoundly weakening the impact of future federal nondiscrimination laws and our hopes to secure meaningful civil rights protections in the 29 states that still lack them. There is no moral or political justification for President Obama to cave and endorse LGBT people having less protections from discrimination than other Americans. This issue is not a side show; it is core to our equality."

The Christofascists are a pervasive force of evil that seek to do violence to the rights of others and secure for themselves special privileges shared by no one else.   Their power and influence needs to be destroyed once and for all. They deserve absolutely no special rights.