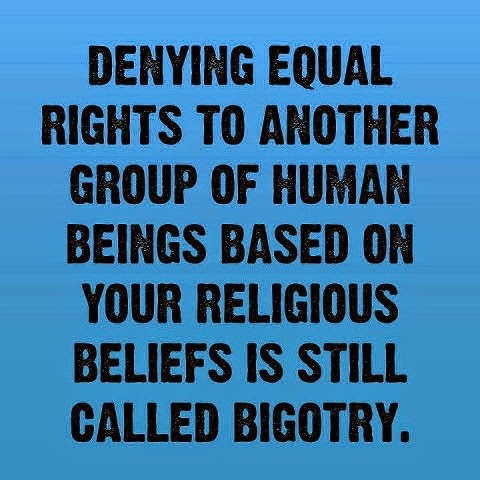 As they continue to isolate themselves from the rest of society and alienate the younger generations in particular, many Christofascists are retreating into their own insular cult like mindsets and gatherings.  While the goal may be to remain true to their sick fear and hate based dogma, the "godly folk" are marginalizing themselves even more.  Personally, I don't view that as a bad thing since, in my view, in the last analysis conservative religion of all stripes is a negative for society given that it seems to always lead to the rejection of knowledge and modernity and seems obsessed with division and the condemnation of others who refuse to subscribe to their ignorance embracing beliefs.  A piece in The Atlantic looks at the phenomenon.  While the author maintains society looses too when the religious retreat from society (something I view as totally wrong), he is correct on the issue of who the "godly folk" hasten their own demise and accelerated the move towards irrelevance of their faith tradition.  Here are article highlights:

Religious business owners have declined to provide services for gay weddings and commitment ceremonies and refused to offer insurance that covers certain kinds of contraception (as in the Hobby Lobby case that came through the Supreme Court this term). Mississippi passed legislation in April allowing businesses to claim a religious defense if sued for discrimination; Arizona almost passed such a law (after intense debate, the governor vetoed it); similar measures are in the offing elsewhere. The apparent aim of these bills is to let people like caterers, bakers, photographers, and florists decline to provide services for gay weddings or gay-pride events. But the laws are written broadly and could be used to defend discrimination of many sorts. “We’re trying to protect Missourians from attacks on their religious freedom,” the sponsor of one such bill told The Kansas City Star.

I am someone who believes that religious liberty is the country’s founding freedom, the idea that made America possible. I am also a homosexual atheist, so religious conservatives may not want my advice. I’ll give it to them anyway. Culturally conservative Christians are taking a pronounced turn toward social secession: asserting both the right and the intent to sequester themselves from secular culture and norms, including the norm of nondiscrimination. This is not a good idea. When religion isolates itself from secular society, both sides lose, but religion loses more.

[T]he desire to be left alone takes on a pretty aggressive cast when it involves slamming the door of a commercial enterprise on people you don’t approve of. The idea that serving as a vendor for, say, a gay commitment ceremony is tantamount to “endorsing” homosexuality, as the new religious-liberty advocates now assert, is a far-reaching proposition, one with few apparent outer boundaries in a densely interwoven mercantile society. It suggests a hair-trigger defensiveness about religious identity that would have seemed odd just a few years ago. As far as I know, during the divorce revolution it never occurred to, say, Catholic bakers to tell remarrying customers, “Your so-called second marriage is a lie, so take your business elsewhere.” That would have seemed not so much principled as bizarre.

Why the hunkering down? When I asked around recently, a few answers came back. One is the fear that traditional religious views, especially about marriage, will soon be condemned as no better than racism, and that religious dissenters will be driven from respectable society, denied government contracts, and passed over for jobs . . . .

A second factor is the failed promise of what seemed, around the turn of the millennium, to be a grand new partnership between our elected and religious leaders. . . . .   trust eroded, DiIulio says, and then collapsed as factions on both sides, especially the right, drew red lines, set conditions, and lawyered up.

The problem is that what the social secessionists are asking for does not seem all that reasonable, especially to young Americans. When Christian businesses boycott gay weddings and pride celebrations, and when they lobby and sue for the right to do so, they may think they are sending the message “Just leave us alone.” But the message that mainstream Americans, especially young Americans, receive is very different. They hear: “What we, the faithful, really want is to discriminate. Against gays. Maybe against you or people you hold dear. Heck, against your dog.”

I wonder whether religious advocates of these opt-outs have thought through the implications. Associating Christianity with a desire—no, a determination—to discriminate puts the faithful in open conflict with the value that young Americans hold most sacred. They might as well write off the next two or three or 10 generations, among whom nondiscrimination is the 11th commandment.

This much I can guarantee: the First Church of Discrimination will find few adherents in 21st-century America. Polls find that, year by year, Americans are growing more secular. The trend is particularly pronounced among the young, many of whom have come to equate religion with intolerance. Social secession will only exacerbate that trend. It is a step toward precisely the future that brought such fear to the eyes of that woman in Philadelphia. For religious traditionalists, it is a step toward isolation and opprobrium—a step bad for society, but even worse for religion.

I have repeatedly argued that those who claim that they seek to protect religion and religious belief are the ones who in reality will be the death of religion, especially the hate filled conservative brand of Christianity.  These people fear that they will be equated as modern day segregationist but then proceed to act just as the segregationists did.  They are their own worse enemies in the long run.  Frankly, I hope they continue this mindless behavior since it will marginalize them all the faster.
Posted by Michael-in-Norfolk at Sunday, June 29, 2014